The somewhat controversial announcement about cats, who eat people, have inspired a book from a forensic scientist, who has called his work: 'Would Fluffy eat 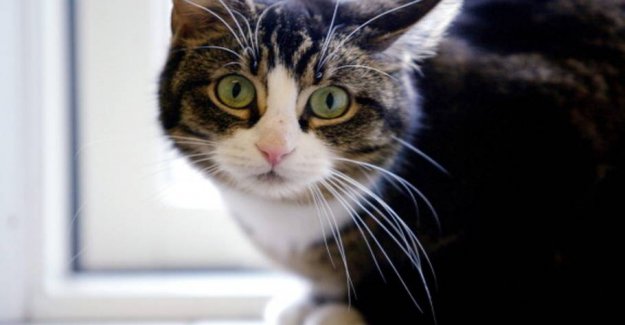 The somewhat controversial announcement about cats, who eat people, have inspired a book from a forensic scientist, who has called his work: 'Would Fluffy eat me if I died?'.

The short answer is, according to the Washington Post: Yes.

In a new report, it is documented with pictures, that the cats would eat the corpse of a man.

Researchers have studied several cases where cats in all situations, started to eat, if they have been in a room with a deceased.

It is, of course, been in controlled environments, where carcasses have been donated by Colorado Mesa University.

See also: the Truth about your cat: The plan to kill you

The interesting thing about the study is that in the past have seen cats as hunters, not scavengers, but on the security cameras from the experiment is clearly seen, that the cats have eaten the bodies in the early stages after the death.

- The immediate theory is that cats are picky, when they should eat. If they find any food they like, they know it, says Sara Garcia, who stands for the study.

According to her, chose the cats the same corpse again and again - even though there were many to choose from.

A veterinarian from the University of California tells the media that she is not surprised by the behavior.

- We had a cat that came when the owner was dead, and a report of his death stated that the cat had eaten the owner's nose. There is nothing wrong with the behavior, it's just how it is, told Mikel Delgado.

Melissa Conner, who is the forensic scientist on the project, says that the discovery has not changed her views on cats.

- They are looking for a source of food, and they have found a body, so they eat it. If you were hungry, would you not also eat what there was, she asks.