on Sunday 15. september write themselves into the history books as the first day in which wind turbines produced more power than the danes should use. It show 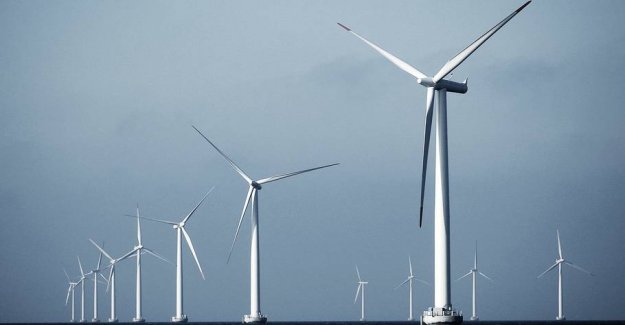 on Sunday 15. september write themselves into the history books as the first day in which wind turbines produced more power than the danes should use.

It was autumn's first strong storm that swept over Denmark and sent the wind turbines on overtime.

From midnight to midnight of the supplied wind power equivalent to 130 percent of the Danish power consumption.

It was 30 percent more power from wind than was needed in the Danish sockets.

It is historically, that all 24 hours had wind-generated electricity in the profits, explains the community advisor Carsten Vittrup, energy Networks:

just ten years ago filled the wind only around a fifth of our supply. So it's gone crazy powerful when we are not just hours, but whole days where the wind turbines produce more power than we need, he says to Energinets website.

Early Sunday morning, between the hours of 02 and 03 were grid power output 60% greater than the demand among the Danish electricity consumers.

The amount of power that is not consumed on the Danish market, sold abroad.

Denmark is connected by electric cables and power lines to our neighbouring countries, and this makes it possible to trade power across national borders.

The previous record for the production of renewable energy compared to the consumption was according to the trade newspaper Ingeniøren sat Saturday 22. september 2018.

When reached the total production of solar and wind power up to 114 percent of electricity consumption.

the energy network is an autonomous state company, which owns and operates the Danish energy infrastructure.