New judge admits: - Many things I would do differently

It has been an exciting and touching evening, sounds from a clearly overwhelmed Marianne Eihilt after her debut as a judge at the 'dancing with the stars' fir 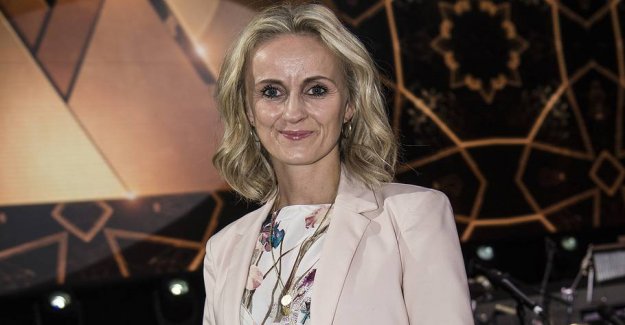 It has been an exciting and touching evening, sounds from a clearly overwhelmed Marianne Eihilt after her debut as a judge at the 'dancing with the stars' first night.

Her performance as a dancer is not to be mistaken: In the six seasons she has garnered two wins, respectively, Robert Hansen and Joachim B. Olsen. Only one season is she ended up outside of the podiepladserne. But to act as judge she would have to get used to.

- It is passed fine, but there are many things I will do differently . I can feel that I need to see the dance, so I had to hurry me to think about what I really should say. I will make sure to prepare along the way, it sounded from the dommerdebutanten after the show.

even Though she was new in the judicial role, she was not afraid to give the characters from the whole spectrum. There was in fact only thrown a single point after 'tyrkersvinet', as Umut Sakarya refers to himself.

- I had enough a picture of that I would pack things into, but I feel that I have been very direct, and I also had not seen, that I would give only one point for any, says Marianne Eihilt.

Several of the other judges took care along the way in the show time to welcome the new judge welcome. It is also some big shoes that need to be filled out after the colorful and charismatic judge Britt Bendixen.

- I will not be Britt, I must be me we are two different people, " says Marianne Eihilt so right.

Immediately after the show runs Marianne Eihilt to the ferry and heading to Aarhus, so she can be with her two children on Saturday morning. But in spite of deprivation, she is in no doubt that it was the right decision to be with.

- I am already looking forward to next Friday, where I get to be even more sharp and obvious, it sounds fresh from Marianne Eihilt.

See also: 'dancing with the stars'-star reveals: I have HIV