Monaco fires coach for the second time in a year

The Portuguese football coach Leonardo Jardim has been sacked two times of Monaco at a little more than a year. on Saturday chose the French club to dismiss t 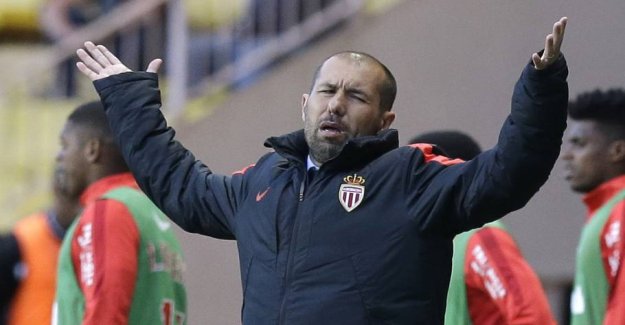 The Portuguese football coach Leonardo Jardim has been sacked two times of Monaco at a little more than a year.

on Saturday chose the French club to dismiss the 45-year-old Portuguese and hire Spanish Roberto Moreno instead.

Jardim created in the 2016/17 season, a big name for himself in Monaco, when he led the club forward to the French championship and a place in the semi-finals of the Champions League.

After the successful season selected the club to dispose of a large number of profiles, among others were Kylian Mbappe sent to Paris Saint-Germain.

In October 2018 was Jardim fired, but the successor to Thierry Henry could not get the Monaco-team work. Why was Leonardo Jardim brought back already in march 2019.

The current season got off to a bad start with just three points in the first six rounds. Monaco, however, has the game up on a current seventh place with 28 points after 18 rounds.

The 42-year-old spaniard Roberto Moreno takes over the responsibility for Monaco's reserve team. Moreno has most recently been the national coach for Spain, as he has qualified for next year's european championship.

Moreno, however, was only employed temporarily, and Luis Enrique is back in the job as the Spanish national coach.