minister of Culture, Joy Mogensen (S) is deeply disturbed about the conditions in Danish elitesvømmere was exposed for more than a decade under two foreign land 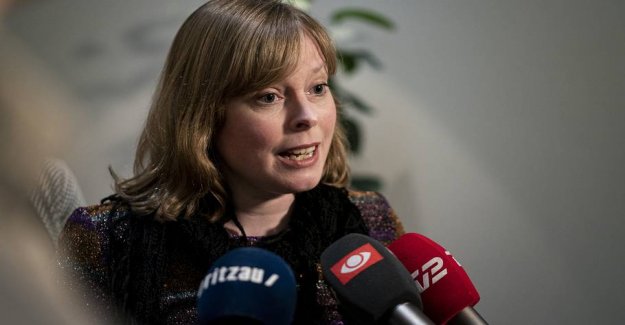 minister of Culture, Joy Mogensen (S) is deeply disturbed about the conditions in Danish elitesvømmere was exposed for more than a decade under two foreign landstrænere.

It turns out she's stuck in a press release Friday, while the results of a study of conditions in the Danish elitesvømning from 2003 to 2013 was presented by the Attorney general.

- There must not be any doubt that I take this matter very, very seriously. I am deeply disturbed about the conditions in which the report identifies.

- There are repeated and serious mismanagement of particularly Dansk Svømmeunion, but also at Team Denmark through the years, says Joy Mogensen.

She will ensure that all eliteatleter in the future have an impartial person to go to if they are uncomfortable or feel ill-treated.

- I have now called Team Denmark to a meeting, where they shall stand on the goal for how they will restore the confidence of athletes and society in general. And then I will invite the representatives for the athletes to hear their side of the case.

And it is not only from Team Denmark, the minister requires action. Also svømmeunionen has failed.

- I expect to Dansk Svømmeunion look inward, taking a managerial responsibility and clears up.

- Those who would develop and take care of the swimmers, forsook their responsibility – and it is the swimmers who have paid the price. It must be rectified, says Joy Mogensen.

the Study, presented results from the Friday, was in 2019 launched by Team Denmark and the Danish sports Federations in consultation with the ministry of Culture.

It came to pass, after to the DR in the spring of 2019 brought the documentary "Svømmestjerner - under the surface".

In the documentary criticized the current and former swimmers træningsmetoderne on the national team from 2003, and ten years.

In the period was the first Mark Regan and since Paulus Wildeboer coach, while Lars Sørensen was elitechef.