Prime minister Mette Frederiksen (S) completely disagree in the award-winning author Jonas Eikas criticism of Denmark and the other nordic countries. The Dani 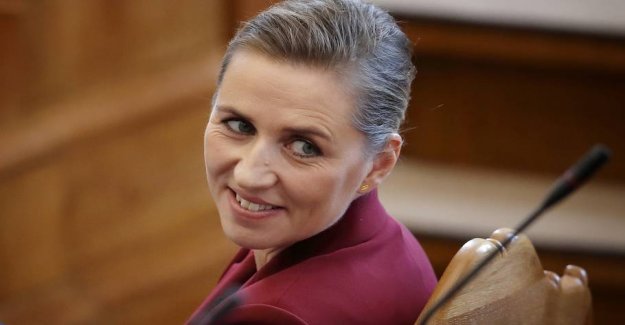 The Danish author took on Tuesday night of his acceptance speech after having won the Nordic Council literature Prize to lash out after, among other things, the Danish government, as Jonas Eika believe pursuing a racist policy on immigration matters.

I completely disagree with the characteristics of both Denmark and the other nordic countries, " says Mette Frederiksen on Wednesday at a Nordic Council-press conference in Stockholm.

See also: Pia Kjaersgaard to the award-winning author: Shame on you

- I will not go into a controversy with an award winner at an otherwise festive and really good evening.

- There is freedom of speech, and one must say what one will. I disagree, but I am pleased that Denmark won two awards yesterday (Tuesday, ed.). It shows something about what we can, both in the Nordic region and nationally, she says.

Jonas Eika criticized both Denmark and the other nordic countries in his speech.

Mette Frederiksen, and S-government, which came to power in June, he said:

'I'm talking to the Danish prime minister. Mette Frederiksen, who stands at the head of a social democratic party, which has come to power by take over the previous government's racist language and policies.'

'Mette Frederiksen, who call themselves the children of a minister, but maintain an immigration policy that drives families apart, makes them poor and exposing both children and adults for a slow, destructive violence in the country's so-called udrejsecentre', said among other Jonas Eika.