McDonald's has given one of its most high-profile bosses kicked, after that he has had a relationship to an employee, which is against the company's internal 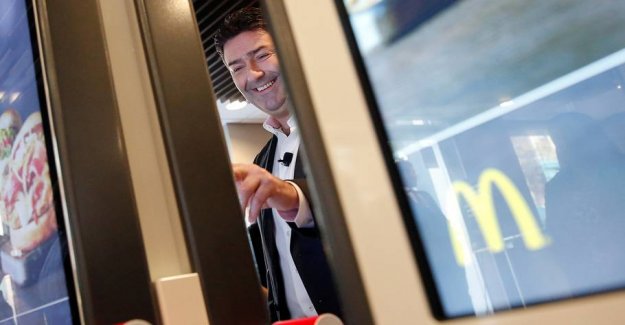 McDonald's has given one of its most high-profile bosses kicked, after that he has had a relationship to an employee, which is against the company's internal rules.

See also: McDonald's ceo fired: Have relation to the employee

The now former managing director of the worldwide fast-food chain Steve Easterbrook, however, do not go to bed hungry.

According to The Guardian he namely allowed to retain its shares for a value of, which corresponds to nearly 250 million kroner, while his severance allowance, better known as 'the golden handshake', adds up to 4.2 million crowns.

McDonald's keeps the cards close to the body, in relation to what exactly is gone before the firing, but what is certain is that Easterbrook is past in the Chicago company.

He must also not work in competing businesses during the next two years.

in Addition to the Easterbrook is David Fairhust with the title 'global chief people officer' at the same time, been fired, without a justification has been published.

Easterbrook started at 'The golden gopher' in 1993, but said after some time up to work for Pizza Express and later Wagamama. In 2013 he returned to the absolute top position at McDonald's.

See also: the Detail of the star's shorts get fans to wonder wildly

In a mail internally to the employees in the company Easterbrook presented his farewell.

'Taken the company's values in view is I agree with the board that it is time for me to move on,' he writes.

See also: McDonald's-burger has lasted for ten years without rotting