Mass graves with over 6000 corpses are dug up in Burundi

In Burundi has a commission investigating the civil war in the country, found over 6000 bodies in six mass graves in the province of Karusi. It is the largest 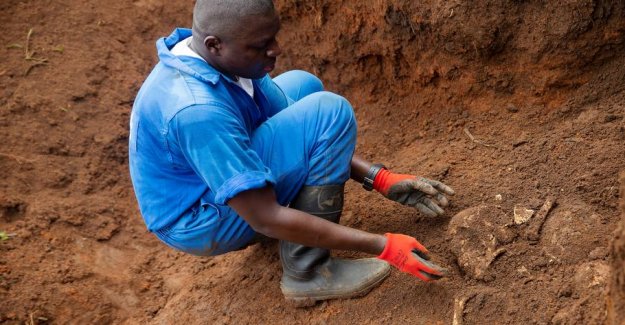 In Burundi has a commission investigating the civil war in the country, found over 6000 bodies in six mass graves in the province of Karusi.

It is the largest mass grave found since the government in January began to uncover mass graves across the country.

- The earthly remains of 6032 victims as well as thousands of rounds of ammunition have been dug up, says the chairman for Burundi's Truth and reconciliation commission, Pierre Claver Ndayicariye.

Clothes, glasses and rosaries have been used to identify the part of the victims.

The small east african country's violent past, characterised by the occupation in the colonial period, civil war and decades of massacres. The population consists of a hutu majority and the tutsi minority.

Ethnic strife lay behind the civil war that began in 1993 and was completed about 10 years later. It cost 300,000 people their lives.

The regeringsnedsatte commission was formed in 2014 to investigate the atrocities and massacres from 1885, when strangers came to Burundi, and, until 2008. It was the year, a partial peace agreement after the civil war was fully implemented.

In 2015 the English riots again up in the small central african country. It came to pass, when president Pierre nkurunziza's according to the opposition, went against the constitution by deciding to run for a third term in office.

the united nations has warned that violence could flare up again ahead of elections in may.