A 41-year-old man must perform 120 hours of community service, because he through a website has directed people to use the streaming service "Popcorn Time" fo 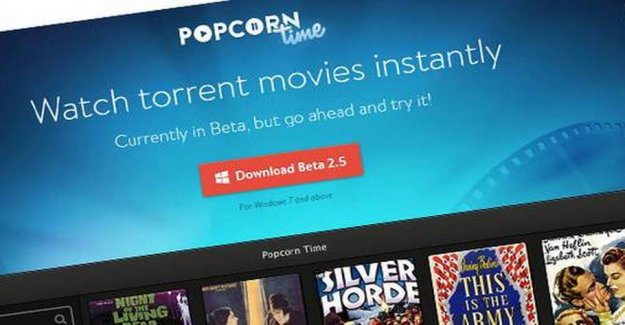 A 41-year-old man must perform 120 hours of community service, because he through a website has directed people to use the streaming service "Popcorn Time" for the illegal streaming of films.

The five judges of the Supreme court on Tuesday reached after the case has been dealt with in three courts. Justices of the supreme court sharpens the thus a penalty from the Eastern high Court from april.

The 41-year-old had appealed against the judgment to the Supreme court, with the claim to get the verdict in the case lifted. He thought not, that the indictment in the case was sufficiently precise.

the Charge went on the contribution to the gross violation of the copyright. Copyright violated, he through a website, popcorntime.dk, as well as invited to use the streaming service 'Popcorn Time' and partly instructed in the use of the service.

the Service is reminiscent of other streaming services, for example Netflix and HBO. However, the major difference that the "Popcorn Time" is free of charge and without permission based on copyright-protected content.

The 41-year-old believed that the indictment should have been specified concrete infringement of copyright, for that he should be convicted for aiding and abetting.

The more general wording in the indictment was believed the man was in violation of the code of civil procedure requirements for the design of a formal indictment.

But in the judgment writes the Supreme court, that it is sufficient that the violation is described more generally.

The five judges also agreed that the 41-year-old with his instructions contributed to the fact that there was infringement of copyright, and that he was aware that there was talk about illegal activities.

Since the matter was dealt with by the Court in Odense, reached right up to a sentence of six months in prison, as in the starting point should not be served. If, therefore, the man agreed to perform 120 hours of community service.

The judgment was appealed to the court of appeal, which agreed that a conditional sentence was appropriate. But the high court did not think that community service was necessary. Only had the 41-year-old keep themselves from committing the like, and then he would get rid of the sentence.

But the Supreme court says the judges, that there should be terms of community service. Among other things it is an aggravating circumstance, that he has earned over a half a million dollars on his actions. The money is the judgment been confiscated.