the Four men are sentenced to death in the case of the killing of Danish Louisa Vesterager Jespersen and Norwegian Maren Ueland. The two young girls were foun 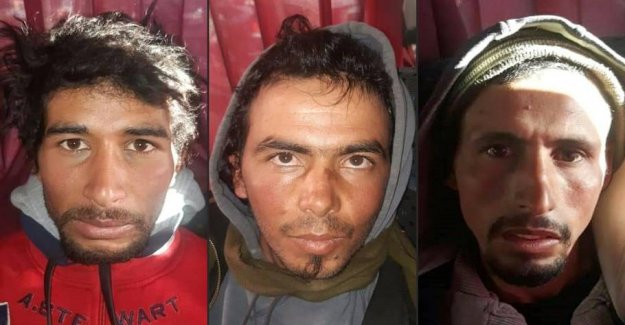 the Four men are sentenced to death in the case of the killing of Danish Louisa Vesterager Jespersen and Norwegian Maren Ueland.

The two young girls were found dead in Morocco.

It writes the Norwegian NRK.

Originally, it was only three men convicted in the case to death. They appealed against the verdict, and when the appeal was dealt with on Wednesday, was yet a man also sentenced to death. There were three of the men's convictions upheld, and the fourth person went from life imprisonment to the death penalty.

In all, 24 men have been indicted in the case.

the Judgments fell at the court of Appeal in Morocco.

But also this domsafgørelse will be appealed, turns the men's defender, Hafdida Maksaoui, fixed to NRK.

- I think that judgment is too harsh, she says.

Louisa Vesterager Jespersen was 24 years old and Maren Ueland was 28 years old. They were murdered 17. december last year, when they were on a hike in the Atlas mountains in Morocco. They were found killed in the village of Imlil.

They were slain with a knife and later beheaded.