Five days after the body of a man was found on the beach at Hummingen Strand in Dannemare, is the failure of the police to identify the deceased. Sydsjællands 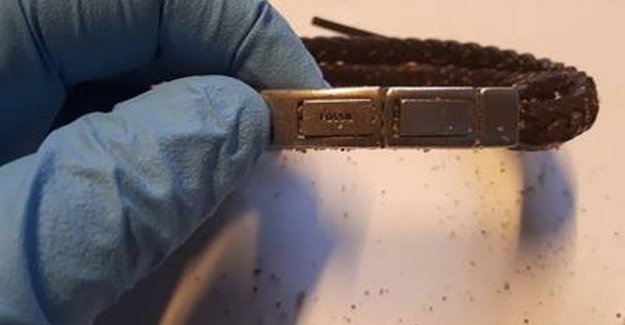 Five days after the body of a man was found on the beach at Hummingen Strand in Dannemare, is the failure of the police to identify the deceased.

Sydsjællands and Lolland-Falster Police ask, therefore, now the public for help and publish in the context of images of some of the man's belongings.

- It is an unusual case in the way that someone should miss him. Someone should know that he has not come home. We can't rule out that he comes from abroad. We will publish the pictures because we have investigated the opportunities we have, says superintendent Casper Andersen.

the Man is light skin and european appearance, he is estimated to be around 50-60 years old, 175-180 centimeters tall and vigorous of building with short dark hair that has a greyish tinge. He is well groomed and tanned on the back, writes the police in a press release.

He was wearing the orange shirt with writing, dark pants, blue Nike trainers and a dark jacket with fur trim on the hood, when he was found. the

the Man wore a wedding ring on the right hand with the text 'Bruni ∞ (a uendelighedstegn) 7.7.17'.

He was wearing a bracelet of braided leather the brand 'Fossil'.

And then he had two earrings in the left ear of the brand 'Thomas Sabo'. The one with a skull pendant.

He was more specifically found by the Hummingen Beach, off the Dike 11 in Dannemare.

It was a couple that came walking along the beach, found the man lying in the shallows. They phoned the police at 09.52.

- I suspect that he has not been in the water in a tremendously long time. It is hard to say how long he has been there because of the water temperature and the like, but it is certainly not for weeks on end, says politikommissæren.

Police have not yet beaten the cause of death fixed. On Wednesday, carried out an inquest, which did not find any immediate causes of death. It was therefore decided that there should be an autopsy of the corpse, which must take place after the weekend.

Police do not think that there is any criminal act behind the death.

the Police have no knowledge of missing persons, which may be identical with the found person, but if you miss a person or have bid on, who they can be, can contact the police at 114 or, alternatively, Sydsjællands and Lolland-Falster Police department in Nykøbing Falster, denmark tel. 41328756.