Linn was raped in a toilet at Burger King

In the Swedish kriminalprogram 'Wanted' on TV3 was there last night focus on a case on the 26-year-old Linn, who in the program tells that she was raped by an 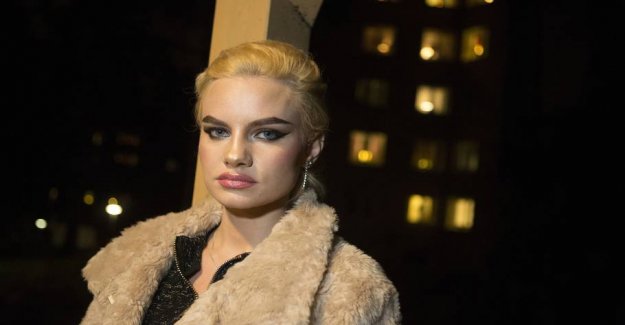 In the Swedish kriminalprogram 'Wanted' on TV3 was there last night focus on a case on the 26-year-old Linn, who in the program tells that she was raped by an unknown perpetrator on a toilet at Burger King in Gothenburg.

The Swedish police have for a rare once released a picture of the alleged perpetrator, who was caught by the Burger Kings of the monitoring cameras. Therefore, to be able to tv viewers of the tv program 'Wanted' to see a clear and distinctive picture of the man, who now is wanted in the whole of Sweden.

This writes the Swedish newspaper Aftonbladet.

The Swedish tv program 'Wanted' has also posted a little video out on their Facebook page which you can see below:

Linn tells that she the 4. October of this year was taken from Borås to Gothenburg together with some friends to have a festive evening in the city. His marriage started in a bar and later took on a nightclub.

At 03.00-time ebbed, the party out, and Linn and her friends decided to take a late-night snack at Burger King at Avenyn in Gothenburg.

But as the women had ordered food, felt Linn themselves suddenly poor. Her friend followed her out to the toilet and went back to receive the ordered food.

While the Linn was on the toilet, knocked it suddenly hard on the window. She carefully opened the door, but was immediately, by an unknown man pushed violently back to the toilet. Then locked the door and exposed her then - according to the Linn for a consummated crime of rape.

the Man pushed the Linn up against the wall and began to take her pants of. When she asked him to stop, he said, that she should be completely silent. After the rape, he went quietly out from the toilet. Linn was left completely shocked and very upset by it.

- I was completely mesmerized. I have never experienced anything similar. It was totally sick. People ask me why I'm not screaming. But I could not scream.

Lynn tells, moreover, that there is only a few metres from the toilet stood a policeman.

- It is extremely strange that he was just there. I and my friend immediately went up to him and told what had happened.

After the rape has Linn had it really bad and has had difficulty sleeping.

- I am disgusted when I think of it and becomes very upset. I keep getting flashbacks about the rape, and I'm trying to remember as much as possible, so I can help in the investigation.