Legend was in a coma - now he's woken up!

Surferlegenden Sunny Garcia is awakened after five months in a coma, and is starting to talk again. It reveals his daughter, Kaila Garcia, in a posting on Ins 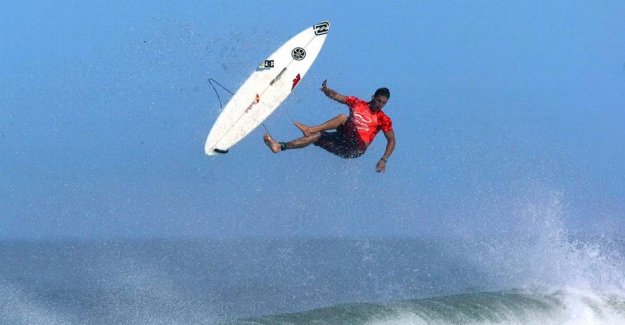 Surferlegenden Sunny Garcia is awakened after five months in a coma, and is starting to talk again.

It reveals his daughter, Kaila Garcia, in a posting on Instagram.

'An update about my dad, Sunny Garcia, who has been a long time coming. We take one day at a time and celebrating every little triumph of the will', writes the relieved daughter, who in five months has hoped for signs from his famous father.

A long over due update on my dad @sunnygarcia We are taking one day at a time and celebrating each little triumph. My dad is a warrior and fighting everyday to get better and stronger. He has said a few words and is now in therapy - daily- physical, speech and occupational. My family and I thank you for your continued support for My dad as he continues to heal. It's going to be a marathon not a sprint but we work every day to make sure he is surrounded with love, laughter and ohana. •Please feel free to repost if you'd like #PrayForSunny #SunnyStrong •P. s. the lady in this picture is the mother and 1st wife of Sunny's 3 children. Me @logankgarcia and @stonegarcia

A spread shared by Kaila Garcia (@prayforsunny) the

'My father is a warrior, fighting every day to be better and stronger. He has said a few words, and now receive a daily basis both physical therapy as well as speech and occupational therapy,' says Kaila Garcia, who is deeply grateful for the support she and the rest of the family have received during the difficult time.

'My family and I want to thank you for the continued support of my father, while he continues healing. It will be a marathon, not a sprint, but we are working to ensure that he is surrounded by love, laughter, and 'ohana' (hawaiian word for family, red.) every single day,' writes the daughter, and explains that the woman appearing in the picture with Sunny Garcia, is the mother of his three children.

Sunny Garcia have been better to defeat the waves than to his severe illness. Photo: Ritzau Scanpix

Sunny Garcia, who was born and raised in Hawaii, part of the depression, and has previously spoken publicly about her illness.

When he five months ago, was found lifeless in his home, it was probably the result of a failed suicide attempt, which was a result of the depression.

Sunny Garcia's RESUME as a professional surfer is impressive.

He was the ASP world champion (World Surf League, red.) in the year 2000, and also boasts 22 victories in the World Qualification Series. which is the record.

In 2006, it was Sunny Garcia was sentenced to three months in prison for tax evasion. Photo: Ritzau Scanpix

He was the only other surfer, topping one million dollars in earned prize money.

See also: Doctors sounding the alarm before the OLYMPICS