When the fifth volume in the series about Jussi Adler-Olsen's Department Q is being filmed, it will be with the upcoming actress Sofie Torp in the role as poli 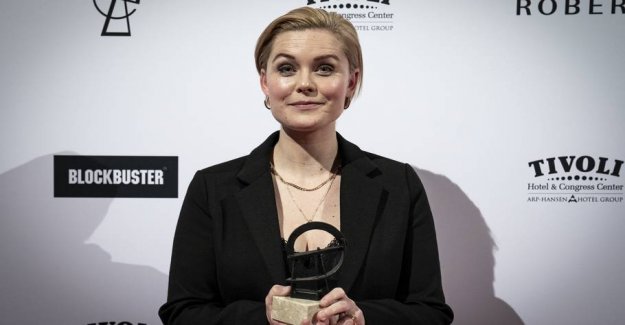 When the fifth volume in the series about Jussi Adler-Olsen's Department Q is being filmed, it will be with the upcoming actress Sofie Torp in the role as politisekretæren Rose. Thus the successor she the actress Johanne Louise Schmidt, who until now has had the role.

this was stated by The Nordic Film in a press release.

the 30-year-old Sofie Torp could by 2019 be experienced in the award-winning drama 'you See the moon, Daniel', who recently secured her a Robert for this year's supporting actress.

But now throws the young actress, then the role of Rose in the film 'the Marco Effect', where she will be joined by Ulrich Thomsen, and Zaki Youssef in the roles as, respectively, Carl key areas and Assad.

Sofie Torp is both surprised and honoured to get the role.

'All who have read Jussi Adler-Olsen's impressive romanværk about Department Q, with the guarantee of their own experiences and images of key areas, Assad and Rose. I also have my, especially of kvindefiguren Rose, and therefore I was both surprised and very happy to get the offer to fill this particular role'.

'It almost seems cross to play a character, as I have been so big and powerful reading experiences, when I have read Jussis books. Now must I play the role, such as the director of the movie sees the character. I am looking forward infinitely to', says Sofie Torp in the press release.

Here is Sofie Torp together with a part of the cast in 'you See the moon, Daniel. Photo: Anthon Unger

'the Marco Effect' is all about romadrengen Marco, who is arrested with a missing paedophile-suspect husband's passport at.

It brings Carl key areas and Section Q on the trail of a case of multinational corruption with foreign aid and a bestial murder, that should cover it all.

the Film directed by Martin Zandvliet produced by Mikael Rieks. The duo also stands behind the filmsucceserne 'Under the sand' and 'Dirch'.

Johanne Louise Schmidt has until now had the role as Rose. Photo: Jan Sommer