The american basketball star Kobe Bryant is on Sunday died after a helicopter crash. The report several us media, including TMZ. Kobe Bryant, who was just 41 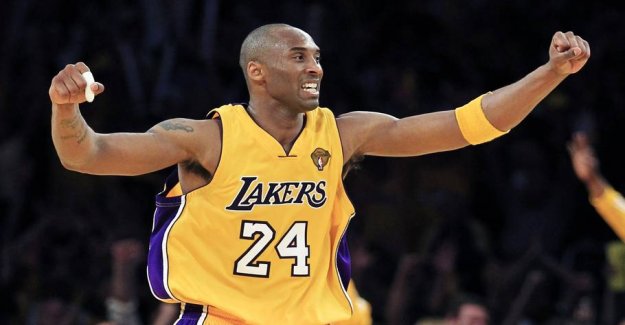 The american basketball star Kobe Bryant is on Sunday died after a helicopter crash. The report several us media, including TMZ.

Kobe Bryant, who was just 41 years old, was on board a helicopter Sunday morning local time, crashed in the mountains around Calabasas, west of Los Angeles.

The local authorities have confirmed that all five occupants were killed in the crash.

Avoid the area until further notice.

It is reported, that there went a fire in Kobe bryant's private Sikorsky helicopter, and that help was on the spot shortly after the crash. Yet it failed to rescue any of the occupants.

Kobe bryant's wife Vanessa and his four daughters was not on board the helicopter.

Kobe Bryant is a legend in the LA Lakers, where he played in 20 seasons, and one of the best basketball players through the ages.

He managed to score impressive 33.643 points, which is enough for a fourth place on the high score table in the NBA as late as the night before his death, he was surpassed by LeBron James.

Kobe Bryant obtained to win five NBA championships with the LA Lakers, and he took part in 18 All-Stars matches. As a part of the american 'Dream Team', he won two OLYMPIC gold medals in 2008 and 2012.