Kevin bubbles of self-confidence: We have a good car

2019 was equal to the trashcan, but Haas is keen to get back to the fun days in this season. Kevin Magnussen is convinced that the team has learned a lot, and 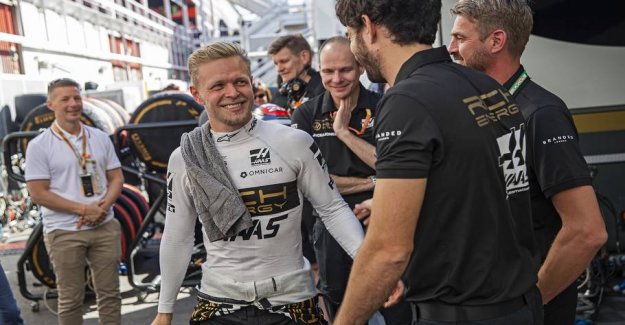 2019 was equal to the trashcan, but Haas is keen to get back to the fun days in this season.

Kevin Magnussen is convinced that the team has learned a lot, and so he has great expectations for the car prior to the tests, starting 19. February.

- I am looking forward to the tests this year. I am sure that we have a good car, he says.

- Hopefully we have learned from last years mistakes. I'm absolutely sure.

team boss Günther Steiner believe in progress, and he can't wait to get started.

- After such a 2019, which we had, is it good to get going again and start on the new one. In the middle of last season it dawned on us that we had to do something else in 2020, and so we do, he says, and also mentions that the management will listen more to the drivers ' fedback this time.

- We have learned, how we improve the way we analyze our data. We have also learned to listen to our drivers. it helps a part, he says, and put themselves on the line with Romain Grosjean, who recently told him that his feedback had helped the team out from a dead end, where they thought that the wheels wadding their biggest problem. It turned out namely, to be a second.

Steiner and Magnussen has plans for a large 2020. Photo: Jan Sommer

Magnussen is the first man in the car in years, and runs throughout the first day. Then he leaves the wagon one day and then runs again on fomiddagen 21. February.

Even he is in top shape and bubbles of self-confidence.

I have never been so well prepared as this year, says Magnussen, who took a few weeks off, where he switched totally from and so his family and friends.

- I enjoy being human for a while. At the end of december I began my preparations.

Last season ended with Haas in second to last in the constructors ' championship, and even though K-Mag, beat Romain Grosjean in the internal accounts, so you need more to create value for the Danish rider.

Testdagene at the Circuit de Barcelona-Catalunya is divided in two. The first laps will be run from the 19. 21. February, while the final adjustments must be made 26.-28. February.

the First race is run in Melbourne 15. march.