Lars Ulrich remember the Danish metalbassist Timi Hansen, who died yesterday. On Instagram writing, Metallica's drummer, that he is 'incredibly sad' over c 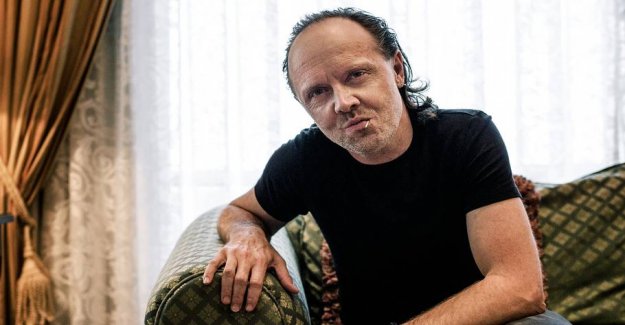 On Instagram writing, Metallica's drummer, that he is 'incredibly sad' over colleague's death.

Timi Hansen was a member of the influential Danish heavy metal bands Mercyful Fate and King Diamond. He died of cancer at the age of 61.

Lars Ulrich's obituary is in English, but at the end of its lookup beats verdensstjernen primarily in English with the words 'Timi Forhelvede man, thanks for the great memories and the coolest moments!'.


Rytmeholderen explains that Timi Hansen and the rest of Mercyful Fate went against the Metallica with 'open arms', when the california orchestra was in Copenhagen in 1984 to make the classic 'Ride the Lightning'.

Metallica recorded an 11-minute medley of Mercyful Fates songs on the album 'Garage Inc.' from 1998, and megabandet invited even the models on stage during a concert in San Francisco in 2011.

Timi Hansen - to the left - with King Diamond in 1980's, where the band had great success. Photo: Ritzau Scanpix
Lars Ulrich played drums on Mercyful Fates 'Return of the Vampire' from the album 'In the Shadows', which was released in 1993.

Mercyful Fate is restored, and acts on the copenhagen metalfestival Copenhell next summer. Timi Hansen bass is taken over by the american Joey Vera.

Incredibly saddened two hear the news of Timi Hansen's untimely passing. He was not only a close friend of mine and a close friend of the band's, but he was part of a musical force that helped shape the band's sound, direction & desire to be in a hard rock band. Timi was of course the bass player in Mercyful Fate, who most of you hopefully know have played a significant role in our history. Along with his fellow bandmates, King, Hank, Michael & Kim, they welcomed us to Denmark in 1984 with open arms, let us use their rehearsal studio where we wrote songs for the “Ride the Lightning” album, leant us their equipment, showed us the best of Copenhagen, became our partners in crime....Over the years we enjoyed endless amounts of incredible moments together, including an almost complete reunion to our 30th Anniversary shows at the Fillmore in 2011. And ultimately, again as most of you know, we recorded 12 minutes of their finest musical moments as the track “Mercyful Fate” on Garage Inc. album in ’98 and have enjoyed playing that occasionally over the years with various members joining us for their respective party. Timi Forhelvede man, thanks for the great memories and the coolest moments! Rest In Peace.

A spread shared by Lars Ulrich (@larsulrich) the