Harrison: Maybe it's not everyone knows what they are talking about

Rasmus Seebach publisher in the morning a jubilæumsalbum with 21 songs from the last ten years, seasoned with five brand-new pop songs. Since his self-titled 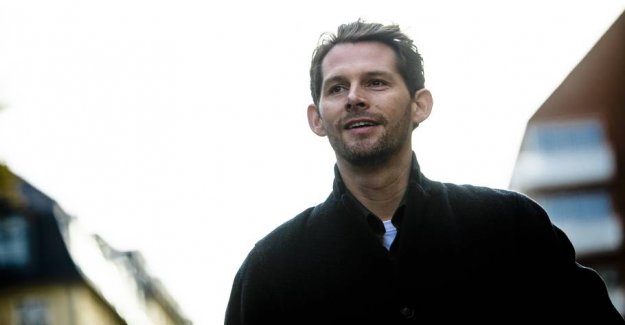 Rasmus Seebach publisher in the morning a jubilæumsalbum with 21 songs from the last ten years, seasoned with five brand-new pop songs.

Since his self-titled debut album from 2009, he has released four additional studio albums, and his distinct style has done, that he from time to time, are being accused of repeating themselves.

- What are you thinking, when you are criticized for making the same album again and again instead of to renew you?

- If you removed all the vocals from my songs from the last ten years, you will discover that the music is very versatile. I.e. there is a big difference between 'Natteravn' and 'Under the stars in the sky'. I actually think not, there are others, who on the way of doing godnatsange and songs for the dance floor, says Rasmus Seebach for Extra Magazine, and continues:

- So when people say that it's just the same thing again, so I wonder actually little. I find it hard to recognize the criticism. I get not annoyed, but thinking sometimes that maybe not everyone knows what they are talking about.

the well-Known Harrison: - There will always be someone who think you are a klaphat

- Rasmus Christian Seebach is a Danish singer, songwriter and producer.

- Is the son of the late singer Tommy Seebach and Karen Summer Seebach.

- in The middle in a family of three, which also counts sister Marie and brother, Nicolai.

- Would like young to be a professional footballer. Played as a child on the KB's pitch.

- Along with its big brother Nicolai he formed rapgruppen G-Bach.

Rasmus Seebach together with his brother, Nicolai, in 2017. Photo: Mogens Flindt

- Previously, he had been a songwriter for other artists in more than ten years.

- provide the couple with Julie Teglhus. Together they have a son.

the Rasmus and Juliet to premiere at the Seebach-the musical at Fredericia Theatre. Photo: Anders Brohus