A group of over 15 people walked in a hotel lobby in Chechnya to the attacks on the prominent Russian investigative journalist Jelena Milasjina, who was beaten 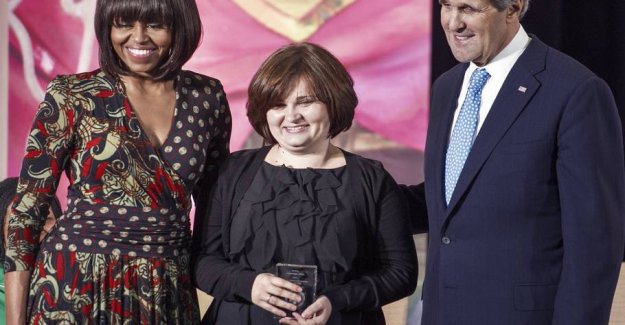 A group of over 15 people walked in a hotel lobby in Chechnya to the attacks on the prominent Russian investigative journalist Jelena Milasjina, who was beaten and kicked, writes the newspaper Novaya Gazeta.

the Reporter in Chechnya, to write about a trial. She has often criticized the chechen authorities for persecuting homosexuals.

Jelena Milasjina working at the newspaper Novaya Gazeta. She was attacked together with human rights lawyer Marina Dubrovina. The two women were torn by the hair, beaten and kicked in their hotel in the chechen capital Grozny.

A man filmed the attack. There were both men and women in the group who committed the attack late Thursday evening.

- the Whole group start to beat Maria Dubrovina and me. They beat my head down into the marble floor with great force, says Milashina in a statement to the police, which she has posted on Facebook.

Novaya Gazeta has a banner on the newspaper's website invited the Chechen leader Ramzan Kadyrov, who is supported by the Russian government in the Kremlin, to apologize for the attack.

In 2017, said Milashina, that there are mass arrests and torture of gay men in Chechnya.

Her allegations are supported by human rights groups.

Kadyrovs followers highlights that he has created relative stability and calm to Chechnya, where, for years, has been simmering with unrest, following two wars between Moscow and the separatist groups.

The prominent Russian investigative journalist Anna Politkovskaya, who covered Chechnya for Novaya Gazeta before Milashina, was shot and killed in front of his apartment in Moscow in 2006.

the council of Europe commissioner for human rights, Dunja Mijatovic, calling the attack in the lobby of the "the most recent of a series of disturbing attacks on people who defend human rights."

human rights organisation Amnesty call in a statement it "a scary development".