A school bus Thursday morning involved in an accident near the German city of Eisenach in Thuringia. The writing of the German media. According to Bild are 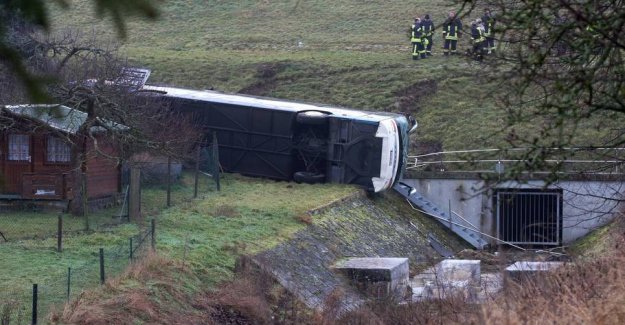 A school bus Thursday morning involved in an accident near the German city of Eisenach in Thuringia.

The writing of the German media.

According to Bild are two children perished while several others have been injured.

Over 20 children sat in the bus when the accident happened. They reported all injured in varying degrees, while the driver was also injured.

According to the mdr.de slipped the bus on the road, which was smooth, and ended up driving off a cliff. There should also be dense fog in the area.

the Accident happened around at 07.30 in the small town of Berka vor dem Hainich. Supposedly the children were on the way from Eisenach to a school in Berka.