Furious Sofie Linde: - I'm so tired of it!

The most recent time 'X Factor'host Sofie Linde, up to several times been able to see his name be misused in various fake advertisements on Facebook. Here s 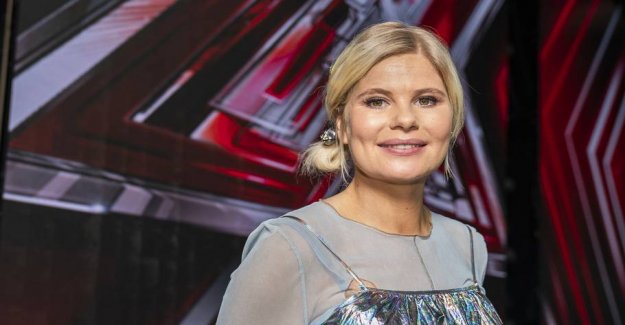 The most recent time 'X Factor'host Sofie Linde, up to several times been able to see his name be misused in various fake advertisements on Facebook.

But she is very tired of.

En Ekstra Bladet on Tuesday met her at the press conference in connection with 'the X Factor', she sent, therefore, a furious challenge in the Facebook direction.

- I'm a piss-shitty angry over it. It is mainly on Facebook. It is some of my followers on Instagram who sent me the thing where it turns out that I am included in any advertising, she said, and continued:

- I have tried to get in contact with Facebook, and it is like beating a wall down with a rubber boot. It is fucking impossible, and they serve pissemange money on the advertising. I think quite simply, it is lacking in ambition of such a great company, and I am furious about not being able to do a damn thing, because I can't do a damn thing, she said, clearly frustrated.

Sofie Linde wonders, in particular, that Facebook does not do more to avoid the false advertisements.

- I'm pissed at Facebook. I think it is ridiculous. They should, after all someone will have to keep track of how to avoid false advertising. Each time a false advertising, they earn money on it, she said.

- I can't get fat on Facebook. You can't get in contact with them at all. The message is that everything is being investigated, but nothing is being followed up on, she added.

Sofie Linde hope that Facebook in future will take up the fight against the false advertisements. Photo: Linda Johansen

and so she sent for the press conference is also a clear call to Facebook:

- Tag you along, and close to the false advertising down. I shall very much like to call me. I have a couple of pills and some plastic surgeries, and what else is running, as I would very much like to have closed down, she said.

Sofie Linde is especially sorry that there sometimes are people who jump on the false advertising.

sometimes I get mails from women who purchased the products that either have received them or are in doubt as to how they should be used, and who believe in the advertisements, even if it is insanely bad.

- Have you not also a responsibility as a consumer not to jump on it here?

- Facebook has responsibility. You can sit there with ammehjerne and think: 'wow, where have you been thin with the diet pills. I have just given birth to a baby, and it could be very nice. The responsibility lies solely on Facebook, and I think it is fucking limp that 'we are still in the process of finding a solution to the false advertising', it sounded from Sofie Linde.

the Extra Leaf is working to get a comment from Facebook, but it has at the time of writing not been possible.