The former TV2-director Merete Eldrup will be chairman of the board for the University of Copenhagen (KU). It informs the university in a press release. She 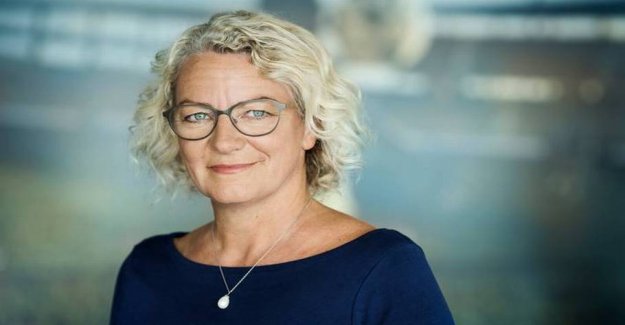 The former TV2-director Merete Eldrup will be chairman of the board for the University of Copenhagen (KU).

It informs the university in a press release.

She replaces Mads Krogsgaard Thomsen, for the daily scientific director for Novo Nordisk, if the period has expired.

Merete Eldrup stopped earlier in the year in TV2, in order to work in the boards.

She is among others member of the board of directors of Nykredit, Rambøll, and the Rockwool Foundation.

the President of the UNIVERSITY's udpegningsorgan, Christian Grøndahl, believe that Merete Eldrups experience as a director makes her a strong candidate.

- Bennett has in his career worked in strategic management at the highest level and with different political and economic framework conditions. She will complement the rector's office in an excellent way.

- And so has Bennett as a leader and experienced board member proved that she is responsive. She can gather people and put different skills in the game, where the decisions are made, he says in the press release.

in addition to Merete Eldrup, there come three new members of the board of directors of the University of Copenhagen, denmark.

It is Mikkel Bogh, director of Statens Museum for Kunst, Jan S. Hesthaven, dean at the university École Polytechnique Fédérale de Lausanne in Switzerland, and Agnete Raaschou-Nielsen, who works as a professional board member.

The new members begin from the turn of the year.