Email from Boeing-employed: Not forgiven by God for what I covered above

After the plane crash in Ethiopia, and Indonesia last spring, has the aircraft type, the Boeing 737 MAX has been subject to a prohibition to fly. The two incide 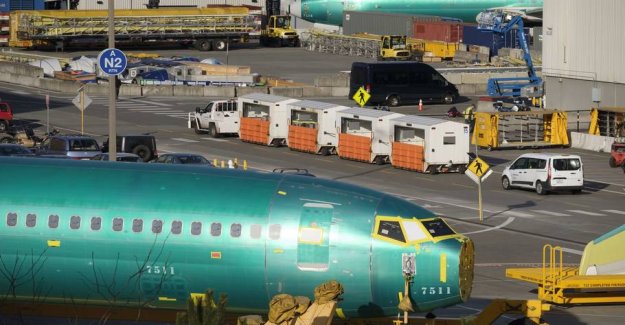 After the plane crash in Ethiopia, and Indonesia last spring, has the aircraft type, the Boeing 737 MAX has been subject to a prohibition to fly. The two incidents cost the lives of 346 people life, and it has got the american aviation authorities to examine the aircraft and the process around the approval of the.

After strong pressure from u.s. politicians put Boeing on Thursday internal messages forward, which shows that the employees for a long time criticized the Boeing 737 MAX in hard terms.


at the same time shows the internal documents of the attempts to gloss over, that the pilots had to make simulator training, before the aircraft was put into operation. The employees discussed how they should avoid the requirement for simulator training of the pilots for the new aircraft.

8. February 2018, when the plane was in the air, ask a staff member among other things, a different:

- Would you put your family in a BOX simulatortrænet aircraft? I would not.

To the corresponding colleague: 'No'.

another employee said that the plane was 'designed by clowns, who in turn is under the supervision of the monkeys'.


In may 2018 describes a employee moral anguish at his work:

'I have still not been forgiven by God for what I covered over the last year. Can't do it again. So is the gate to heaven is closed...'

What the employee specifically covered above, is not put forward.

Boeing says that the published messages 'don't show it company, we are and should be, and they are totally unacceptable'.