The Danish Counter-Strike team Heroic is ranked as number 19 in the world, and making the team one of the heavy boys in a scene that only gets more and more com 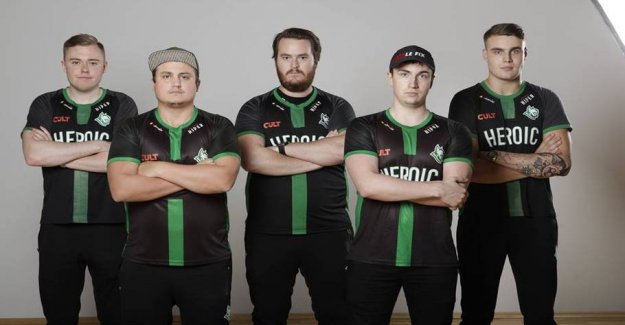 The Danish Counter-Strike team Heroic is ranked as number 19 in the world, and making the team one of the heavy boys in a scene that only gets more and more competitive.

But today they got spanked as a uvorn young in the 50's, and there was big difference of class, as the Swedish GamerLegion humbled the danes with 16-0 in qualifying for the tournament IEM Beijing, which has a prize pool of more than 1.5 million Danish kroner.

And it is certainly a day, the Danish boys will want to forget. For one of the swedes who helped make the day sour for the Heroic, was none other than Adam ‘Friberg’ Friberg, who until recently played for the Heroic, before he chose not to extend with the team.

Some might suggest that it was a good decision not to extend, for although Friberg only helped GamerLegion in the day, he had a terrific match against the old teammates. With an individual score of 16-6, he was second only to its Swedish partner Hampus ‘hampus’ Bags.

Heroic however, had a tight battle, and the Danish super talent Martin ‘Stavn’ Lund only got two measly kills during the whole match.

however, It is not over yet for the red and black. If Heroic turns French G2 and Polish One More Time, living the dream of a LAN spot in China yet.

Furthermore, there is the possibility of a rematch against GamerLegion. The two teams meet again the 20. september in the tournament the European Champions Cup.