Drama before the premiere: Pulling the plug at the last minute

the Singer Anne Linnet and her team have, at short notice, denied that a number of her songs may be used in the musical 'Sanne - The Musical', which is about 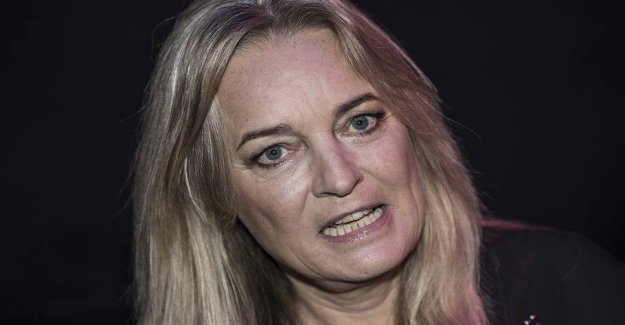 the Singer Anne Linnet and her team have, at short notice, denied that a number of her songs may be used in the musical 'Sanne - The Musical', which is about Sanne Salomonsen, and which is set to premiere on Thursday at the Tivoli Concert hall.

According to the media, it would be a conflict between the two singers, which, to Anne Linnets songs are not allowed to be used in the musical.

It rejects the producer, Thomas Langkjær, however.

- But we still have three of her songs in the show, and there is no bad mood. There has been a good working relationship. Anne still come and see the musical, and we still have a thanksgiving to her in the program, says Thomas Langkjær to Berlingske.

In all, the two of Anne Linnets songs, which must not be used in the musical. The songs 'The one I love', 'Without you' and 'It's not what you say' will therefore still be a part of the show.

the Musical 'Sanne - The Musical' is about Sanne Salomonsens life and career. Photo: René Schütze

- the thing is, that from the beginning of the performance had three of Anne's songs. At one time we had the desire to use the two additional songs. Relatively late in the process, we begin to get a handle on the rights. But we get so to know that the songs are promised out to another production, and the negotiations dragged out, he says, and continues:

- Therefore, we choose to say that we can't use the songs, and it has of course been to the frustration of both actors and directors.

- So you can reject that it is due to a conflict between Anne and Sanne, who Berlingske otherwise have information about?

- Yes. Here it is in privilege level. We use other of Anne Linnets songs, we are so happy, and we have had a fine cooperation. This is only about the fact that the songs rettighedsmæssigt is promised, and therefore I made the decision not to use them ten days ago. So I can 100 percent say that it is not about a conflict between Anne and Sanne.

According to Thomas Langkjær, however, they have had to change a part in the musical ahead of its premiere, after it was clear that they could not use all of Anne Linnets songs anyway.

- There have been a part, we had to change. How is it, and we always work with the forward to the premiere. Man is set at, that constantly changes.

Anne Linnet and Sanne Salomonsen was with Lis Sørensen on tour in the summer as part of cooperation Anne Sanne Lis. In that connection, among other things, they concert at Smukfest in Skanderborg.

'Sanne - The Musical', which trades in Denmark as a whole rockmama Sanne Salomonsen and her life will be listed in Odense, Aalborg, Aarhus and Vejle.