Djokovic is the final in Australia: I was nervous

Novak Djokovic was not the best start to the semi-final against Roger Federer at the Australian Open on Thursday morning. The andenseedede serb went behind 0- 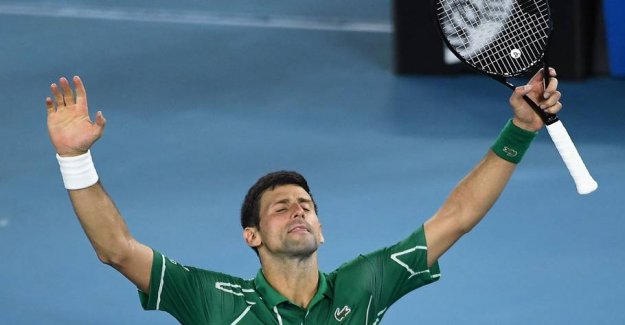 Novak Djokovic was not the best start to the semi-final against Roger Federer at the Australian Open on Thursday morning.

The andenseedede serb went behind 0-2 in the first set and was just two points from the to give the set to Federer at the position 3-5.

Yet there was the 32-year-old Djokovic turned the showdown against the six-year-older schweizer and ended up winning probably in three sets.

- He (Federer, eds.) started out well, and I was nervous in the beginning, says the serb in the interview on the field after the match.

- It was not the right setting from my page in the beginning of the fight. I saw more of how he is moving the site to play my game.

- I managed to fight me back in the first set, and it was important to win the set. Mentally I relaxed more after it.

the Fight between the two tennis stars had their meeting number 50. The victory for Djokovic brings him up to 27 wins over Federer, as he has lost 23 times.

the 38-year-old Federer so along the way in the semi-final to fight a little bit with some minor injuries and had difficulty to move freely.

- Respect for Roger to stand up. He was clearly injured and was not at its highest level, says Djokovic.

In the final on Sunday he is up against Alexander Zverev from Germany or austrian Dominic Thiem, who on Wednesday beat the last Rafael Nadal out of the tournament. The two play the semi-finals on Friday.

See also: Australian shock: the Favourite knock out
See also: It went by so fast! Halep storms into the semifinals