Danish success: the Best round in his career 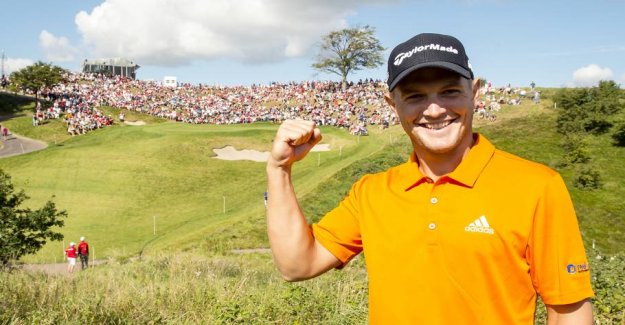 The Danish golfer Sebastian Cappelen performance Saturday his best score ever as a professional with a round of 64 strokes at the PGA tournament American Express in California.

The 24-year-old Cappelen move 33 spaces and is on a shared sixth place in Sunday's final round. His so far best finish on the PGA tour is a 35.-space.

None of the other players managed to get through Saturday's round eight strokes under par, as the dane did.

On the first nine holes made Sebastian Cappelen five birdies and a single bogey, while there were a further three birdies, an eagle and a bogey on the final nine holes.

Sebastian Cappelens previous personal record for a round was 65 strokes according to the PGA's website.

the Tournament in California conducted by the two americans Scottie Scheffler and Andrew Landry in the total of 21 strokes under par.

Sebastian Cappelen is overall 15 strokes under par. It is two strokes after Rickie Fowler from the USA in third place.

Sports and Games Never too late: These sports you can still be good to