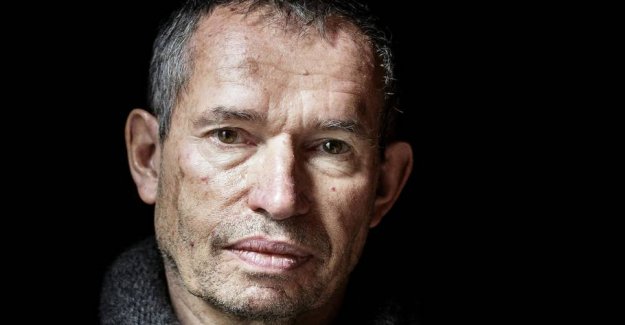 Thursday was the Danish writer Carsten Jensen, and his English forfatterkone, Liz Jensen, a terrible message.

Here experienced any parent's worst nightmare, as Liz Jensen's 25-year-old son, Raphaël Coleman, fell during a run and could not be revived.

It writes Liz Jensen on Twitter, while Carsten Jensen in a touching posting on Facebook shelves a stepson, who has been a part of his life in almost 20 years.

'That is surely not something that causes one to experience death as unfair and meaningless, as when a young person dies. It is life itself that saboteres. It is just happened to my wife, Liz, whose youngest son, Raph at only 25, died on Thursday,' writes the author.

'I will never forget you, we say in a farewell message to the dead. But when it's your own child, then it is one's genes, one's whole body, something that is greater than the word I, which is always refusing to accept death's judgment. Raph was not my child, though I stood near him. But I notice it even. I see it in his mother's eye, and I hear it in her voice, to the irreparable loss of the most precious in life,' he continues.


Already as a child, Raphaël Coleman is a familiar face, when, as a ten-year-old starred in the children's film 'Nanny McPhee'.

Four years later, he took again the film screen in 'It's Alive' and 'The Fourth Kind', but in the end, he chose a different path than the spectacle.

'He had several roles, was an award-winning and could have chosen a career as an actor. But he would be the scientist, not for his character in the Nanny McPhee to blow up something in the air, but to save the planet,' writes Carsten Jensen.

'at the age of 18, he traveled around the world quite alone. He was a zoologist, watched the tigers at a buddhist monastery in Thailand, spent a year in Costa Rica's jungle and a half years in Indonesia, where he is among the survivors, the coral reef qualified for a certificate as a diver. When he was not present at distant, inaccessible places, did he parkour, the breakneck, big-city sports, where you hit the dizzying somersaults over the roofs and precipices of the cement.'

See also: After the great sadness: Fighting against serious illness

Under the name of Iggy Fox, he was a part of the uk climate-aktivistgruppe Extinction Rebellion, where he, according to Carsten Jensen was repeatedly arrested in the fight for the climate.

'For april, he should have been in court accused of having painted over the brazilian embassy in red, when the amazonian jungle was in flames. He would not have any lawyer, but himself wrote in his excuse, when he died,' says in the advertisement.

Ekstra Bladet has tried to get a comment from Carsten Jensen, but it has not yet been possible. You can read the entire spread here.