A dane is at the Oslo property law Friday sentenced to 19 years in prison for the smuggling of 1.6 tonnes of hashish to the Trysil in Norway. Two other men are 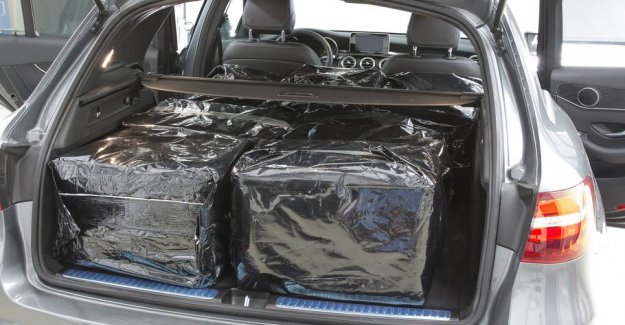 A dane is at the Oslo property law Friday sentenced to 19 years in prison for the smuggling of 1.6 tonnes of hashish to the Trysil in Norway. Two other men are in the same case sentenced to respectively seven and twelve years of imprisonment.

This writes the news agency NTB.

A hotel in fjeldområdet at Trysil worked for a long time as a hub in a large-scale trade with the hash from a bunch of Danish repeat offenders to the gang neighborhoods of north west in Oslo.

one of them - 53-year-old Klaus Nielsen ended up with the harshest penalty among the defendants. The punishment he gets for having delivered 1647 kilos of hashish from Denmark via Sweden to Trysil.

It came to pass according to public prosecutor ten times from 6. december 2017 to June 2018.

He was, however, not only to smuggle hashen.

the other Two, a 47-year-old and a 68-year-old man, convicted of having helped Klaus Nielsen to pass the border crossings between Denmark and Sweden and between Sweden and Norway in connection with the smuggling of hashen.

The 47-year-old delivered according to the charge even of the hash to the beneficiaries.

The 68-year-old is also a dane. He named Erich Brandt Nielsen, and according to the prosecution, he was also one of the leading figures.

According to the charges, he should have helped during six of smuglerturene, while the 47-year-old helped out on a single trip.

In connection with the investigation of the case was carried out a search at an address in Denmark.

the 71-year-old Birger Froberg, Hansen, who owned the home where hashen were stored, was in april this year sentenced to six years of unconditional imprisonment in Denmark for his part in the smuggling.

In all, over 30 people have been either charged with or indicted in the extensive case, which has been dubbed Operation Hubris. Several of them are according to Norwegian TV2 associated with the criminal Oslo-gang of Young Bloods.