Coster-Waldau: I am shocked and angry

Nikolaj Coster-Waldaus heart bleed for nature, and he has several times traveled to, among others, Greenland in order to put focus on the consequences of climat 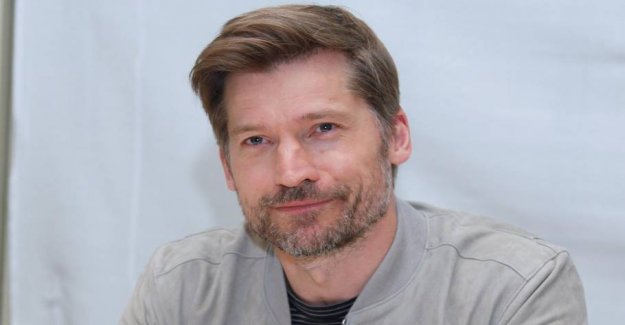 Nikolaj Coster-Waldaus heart bleed for nature, and he has several times traveled to, among others, Greenland in order to put focus on the consequences of climate change.

Now the Danish 'Game of Thrones'star embarked upon a new mission.

He's just returned from Peru, where he has been deep in the Amazon rainforest together with a team to investigate the reason for the extensive forest fires, which the rain forest has been plagued by in years.

See also: Frustrated Coster-Waldau: It is reported to the police

the Journey has been a minidokumentar, which is produced in cooperation with the united nations development programme, UNDP, which also had people on the journey - and Nikolaj Coster-Waldau is an ambassador for.

When I saw the pictures of the Amazon rainforest in the fire, I was like all shocked and felt powerless and angry. It did not make sense to me. Therefore I had a desire to go to Peru to find out what the cause of the fires is, says Nikolaj Coster-Waldau in a press release from the UNDP.

On his journey, the Danish actor among other things, visited the local peruvians who live in the rain forest, and tried to understand their life situation before and after the fires.

Nikolaj Coster-Waldau is far from the only celebrity who has been upset over the forest fires in the Amazon rainforest, which is called the earth's lungs.

Hollywoodstjernen Leonardo DiCaprio and footballer Cristiano Ronaldo has among many others also tried to draw attention to the tragedy.

See also: Coster-Waldau to the journalist: You know as well as me that it's bloody stupid.