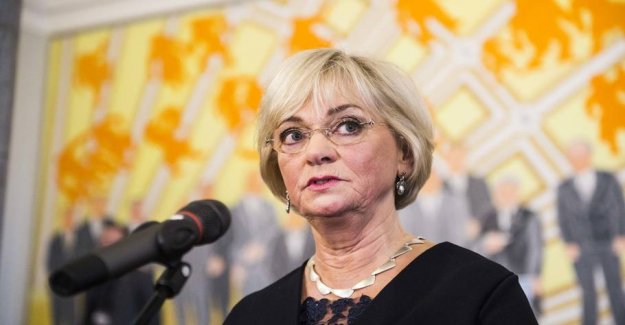 Pia Kjærsgaard should have come with the statements during a visit to Taiwan in October. According to the chinese embassy, she has during the visit expressed itself in a way that the embassy considers unsatisfactory.

What Pia Kjærsgaard more specifically, as said, mentions the embassy, according to Jyllands-Posten did not. It is not, therefore, whether the opinions have had something to do with the relationship between China and Taiwan.

While China believes that Taiwan is chinese, then Taiwan is de facto independent, as the country has its own government. Taiwan, however, has never formally proclaimed its independence from China.

It was the Danish director, who in October received the protest from the chinese embassy in Denmark.

In the context, got the chinese to know that Pia Kjærsgaard had neither represented in the Parliament or the government on the trip to Taiwan, and that you can not instruct a member of parliament in whom he or she meets with.