Chaos and fighting on the island

Mondays through, there have been violent riots between migrants and police in the crisis-ridden island of Lesbos, which also houses the wildly overpopulated ref 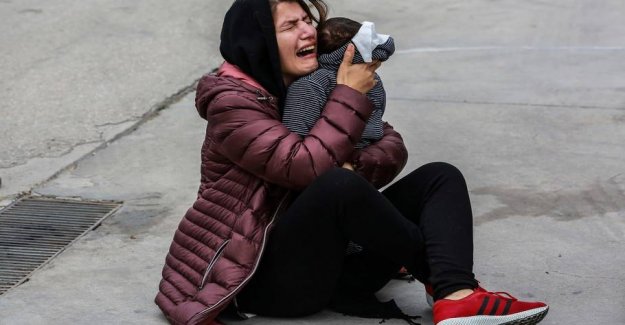 Mondays through, there have been violent riots between migrants and police in the crisis-ridden island of Lesbos, which also houses the wildly overpopulated refugee camp, Moria.

It writes France24 and Reuters.

the Migrants are protesting, according to the authorities against the new asylum rules, and about 2000 men and women participated in the demonstration, where they carried signs with 'Freedom' (Freedom ed.) labeled.

the Demonstrators went from the camp towards the island capital of Mytilini, a walk on the seven kilometers, where they were stopped by the police, and riots broke out.

Police used among other things, tear gas against menneskeflokkene.

See also: Prison to help refugees: - Everything has been taken from me

Moria-the camp is surrounded by barbed wire and is being described by Human Rights Watch as an open prison.

Originally the built to be able to houses 3000 refugees, but the truth is closer to living about 19,000. Including many children.

Here, those without access to heating, electricity or hot water.

- There are not enough toilets and baths, and access to medical treatment is very limited. There is also often the outbreak of violence, says Boris Cheshirkov, spokesperson for the UN refugee agency.