Jennifer Gobrecht has always had a great desire to become a mother. There was just one major problem. When she was 17 years old, found the doctors that she ha 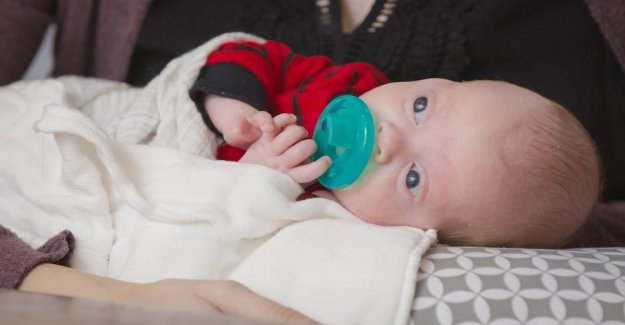 Jennifer Gobrecht has always had a great desire to become a mother. There was just one major problem.

When she was 17 years old, found the doctors that she had been born without a uterus due to the rare disease Mayer-Rokitansky-Küster-Hauser syndrome. Therefore be able to pregnancy and childbirth in no way come talk to her.

But in november gave birth to 33-year-old Jennifer Gobrecht anyway a small son. Benjamin Thomas Gobrecht came into the world via caesarean section.

It happened as a part of a study in livmodertransplantation as a treatment for women who are struggling with infertility.

As the 17-year-old was Jennifer Gobrecht to know that she had a womb. Now she has given birth to a son. Photo credit: Penn Medicine

It announced Penn Medicine in Philadelphia on Thursday, according to CNN.

Little Benjamin Thomas Gobrecht is the second baby in the UNITED states, which has come to the world with the help of a deceased donor's uterus.

the First time it happened was in 2018, writes NBC News.

- Benjamin means so much, not just for Drew and me, but for so many others, and hopefully he can inspire other couples to try this, it worked, and he is here, says Jennifer Gobrecht to CNN.

She met her boyfriend Drew a few years after having found out that she had the rare disorder, which meant she was born without her uterus. She told him right from the start, that she probably could not bear children.

- When Drew and I started dating, we always knew that we would get one or another kind of family, whether it was through adoption, or a rugemoder. It was always the vision we had, say, the new 33-year-old mother, who lives with her husband in the vicinity of Philadelphia.

the operation Itself, where Jennifer Gobrecht was transplanted a deceased woman's uterus, lasted ten hours. After a successful operation she took daily medication to prevent her body would reject the new body. After six months, doctors could put an embryo formed from an egg from her and sperm from her husband - directly up into the uterus. 10 days later showed a blood test that she was pregnant.

- as soon As we got the call, waited for Dr. O'neill (Kathleen O'neill, an obstetrician and gynecologist at Penn Medicine, red.) not for a second to tell us that we were pregnant. It's hard to describe exactly how much that moment was one of the best moments in my life, " says Jennifer Gobrecht to CNN.