Apologize for failure: - the Price was too high

- I would like to clearly say that I am really sorry about the experiences the swimmers have had. I takes me to the full my share of responsibility, and I would 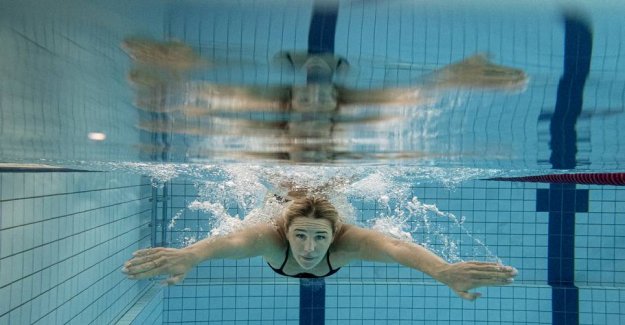 so says the former elitechef in Dansk Svømmeunion Lars Sorensen in a written comment to the news agency Ritzau after the publication of a report from the Attorney general, who criticizes the situation of Danish elitesvømmere.

Lars Sørensen was elitechef from 2003 to 2012. In the same period was Mark Regan and since Paulus Wildeboer coach.

Regan and Wildeboers training methods were of a number of current and former elitesvømmere criticized in a DR documentary last year.

the Documentary led to an investigation launched by Team Denmark and the Danish sports Federations in consultation with the ministry of Culture.

Friday came the results of the study. Kammeradvokatens report tells of significant mismanagement at Dansk Svømmeunion - and Team Denmark from 2003 to 2013.

In virtually the entire period was Lars Sørensen therefore elitechef in the union.

- I can in retrospect see that I have not had sufficient focus on the follow-up part of my management. I have over the swimmers, who have had the experiences, has not been thorough enough in my responsibility for supervision. I'm very sorry.

- I also need to make it clear that I with my personal values, my ethical points of reference and my moral compass with me, even with the certainty that I have not implied, and without action have accepted the dubious circumstances, as the swimmers are describing.

Dansk Svømmeunion adopted in the 2005 guidelines, which banned the public weighings, but according to many of the swimmers continued the methods right up until 2012.

Lars Sorensen acknowledges that there should be done more from svømmeunionens page. He calls svømmeunionen and Team Denmark's goals in 2002 for the very ambitious. To be reached new heights internationally.

- The we reached, we created a new golden age. But the most I can see today that the price of the swimmers was too high, and that the cultural and value-related distance to the foreign coaches was too great, he says.

- Although it in no way sounds like an excuse, it's a balancing act to lead in the field of elite sport. International elite sport is in its grundnatur tough, all-engrossing, and uncompromising.

- It is about to go to the limit of its performance, but we went in too many cases, over the limit, he says.

The former elitechef adds, that he has no further comments to svømmesagen