the Tone in Danish politics have long been the discussion. But in the social media Twitter is touring right now a fiercely flattering report from the Palace wri 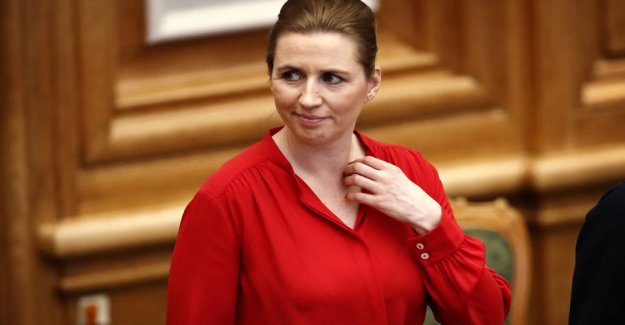 the Tone in Danish politics have long been the discussion. But in the social media Twitter is touring right now a fiercely flattering report from the Palace written by the american political journalist Michael Grunwald.

Michael Grunwald has worked on major media like the Washington Post and The Boston Globe. Now he seniorskribent on the influential political media Politico Magazine.

- I was a peripheral hearing in the Danish parliament. It struck the legs out from under me he writes on Twitter in a thread that has been like over 13,000 times and shared about 5000 times.

There is most likely a hearing at 10.30 am on Thursday 6. February in the Paliament. The consultation was in Climate-, Energy - and Forsyningsudvalget on biomass.

He describes subsequently from the consultation, how the ordstyrende politician did not interfere much, and how it was translated to English.

the More impressed he was, when the experts were finished talking and the politicians could ask questions.

- None of them held political speeches! They asked questions! Not leading questions in order to make a point. Thoughtful questions to get smarter.

- I could not say what the politicians who was in what party, or what attitudes they had to the topic. It seemed real, as if they were there to learn, writes the journalist.

Michael Grunwald compares his experience with his experiences in the american parliament, where the consultations are often part of a more partisan process.

- The strangest by this banal experience was, how strange it seemed to me.

- the Absence of talking, playing to the gallery, fløjkrig and false umbrage. How seriously they all took their responsibility. The absence of "bullshit", he writes.