After the violence on tv: - I will need a lawyer

the Waves are often high, when the Kardashian family throws out in the discussions in the 'Keeping Up With the Kardashians'. And season 18 is no exception whe 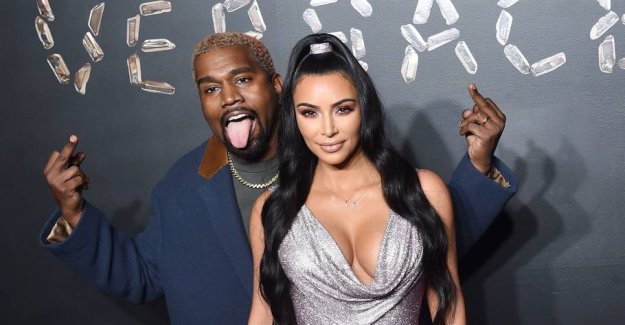 the Waves are often high, when the Kardashian family throws out in the discussions in the 'Keeping Up With the Kardashians'. And season 18 is no exception when it hits the tv screens at the end of march.

tells Kim Kardashian, as she is being interviewed in the podcast, 'All's Fair'.

- I may need a lawyer, when the first section is being sent, says Kim Kardashian, when it comes to the new season.

Season 17 ended with something of a period drama with lots of bad feeling between the sisters, in which Kim Kardashian, among other things threatened her sister Kourtney with a firing, because she does not share enough of her life with tv viewers.

the Threat was, however, quickly shot down, as it turned out, that Kim Kardashian is no way to determine who should be fired.

See also: Fans FREAKING out over the mysterious picture: 'What is happening here?!'

There will be plenty of drama in the upcoming season of 'Keeping Up With the Kardashians'. Photo: Jordan Strauss/AP

the Viewers, however, has not seen the worst yet, reveals Kim Kardashian in the podcast, where she also suggests that everything will be good again eventually.

- It will get much worse ... before it gets better. We are really close in our family, and it all resolves itself. Our family has never tried to stand in the situation before, then it gets worse, says Kim Kardashian.

the Host, Laura Wasser, is asking whether it is like Megxit - with reference to the English royal family, where prince Harry and his wife, Meghan, in the recent past has created problems, as they withdrew from their posts in the royal family.

- No. It all ends up being a little violent, tells realitystjernen.

How violent it gets, and whether Kim Kardashian will need a lawyer, will prove, when season 18 runs over the display for the spring.