After the shocking vandalism: Now mixes Mette F. themselves

Prime minister Mette Frederiksen (S) condemns this weekend's episode, where several jewish tombstones have been vandalized at a cemetery in Randers. See also 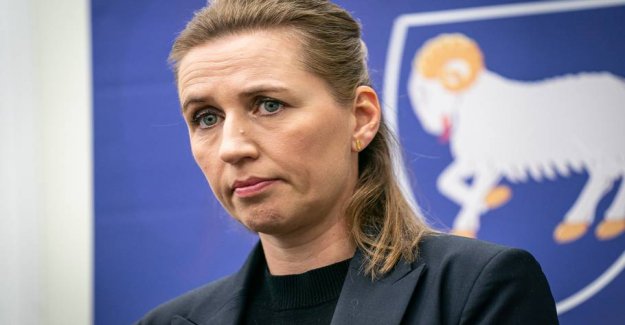 Prime minister Mette Frederiksen (S) condemns this weekend's episode, where several jewish tombstones have been vandalized at a cemetery in Randers.

- Anti-semitism and racism have no place in our society. And this weekend's attacks at a jewish cemetery in Randers is both an attack on the Danish jews and all of us.

- We must condemn it, and the authorities must do what they can to solve the crimes, writes the prime minister, among other things on Facebook.

Jakob Ellemann-Jensen (V) has taken strong distance from the incident, which he calls both 'indecent' and 'completely unacceptable'.

It is obscene and totally unacceptable to the jewish community in Denmark again to be exposed to ridicule and vandalism. I hope that the police quickly get cleared up, who is behind, so the perpetrators can be punished. #dkpol https://t.co/uJAiXzwLLK

It is preliminary to be seen who and how many are behind the vandalism.

this weekend, several jewish families in Denmark also experienced other forms of anti-semitism. It informs the Danish Jewish Community.

Among other things, a Danish-jewish family, had hung a yellow star of david, similar to the one that was used in nazi Germany, in his mailbox. Something like have a second family in Aarhus has been exposed.

the Incidents happened in connection with the anniversary of Kristallnacht, which took place the night between the 9. and 10. november in 1938, in which several jews were killed by the nazis.

the Name refers to the large amounts of glass from the broken butiksruder, which lay in the night and shone like crystals.

That more Danish jews were subjected to anti-semitic attacks exactly on the anniversary of Kristallnacht, according to the Danish Jewish Community, the proof that the mindset that led to the holocaust still exists.

- And that there are people who are prepared to go to extremes to lead this antisocial ideology, says president Henri Goldstein in a press release.

- It must be seen in this historical context, and must therefore be taken very seriously, even though fortunately not, there are people who have come to harm, he adds.

According to The Jewish Community, there was last year registered 45 cases of anti-semitic incidents, compared to 30 the year before.