The colombian actress Marilyn Patino, who is current in the great tv series 'Sin senos si hay paraiso', being mocked and called stupid on Instagram, because s 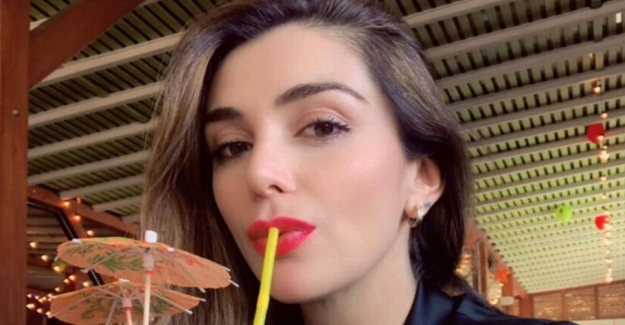 The colombian actress Marilyn Patino, who is current in the great tv series 'Sin senos si hay paraiso', being mocked and called stupid on Instagram, because she recently put a post out on Instagram, where she mistook a sloth with a koala.

Marilyn Pationo placed his spread out on Instagram with a picture where she is standing in a toy store and cuddling a 'sloth'. The 45-year-old actor wanted to draw attention to the severe forest fires in Australia, where millions of animals have died, including in particular, Australia's famous koalas.

It writes multiple media, including the RCN Radio and Canal 1

RCN Radio have also put a post out on Facebook about the case, as you can see below.

But the problem Marilyn Patinos posting on the Instagram is of course, that it was not a koala, as Patino hugged in legetøjsbutikken, but on the other hand, the sloths, who are not living in Australia.

For the lookup wrote Marilyn Patino the following:

'I think that this is the only way I get them to see (koala bears. ed.) I feel guilty # Australia.'

Then she added the following:

'I think that there are some who did not understand my message. But I'm not going to delete it, because it worked quite well. Thanks to the social media. And for those who call me stupid. Thus, I have never claimed that I consider myself as intelligent'.

So writes Marilyn Patino, who is happy that her message has been spread so much, because it puts the focus on the serious situation in Australia.

Many of Marilyn Patinos 867.000 followers on Instagram discovered, of course, that she had mistaken a koala with a sloth, and made her aware of her mistake.

'Krammedyret is not a koala but a sloth.'

'I have sympathy for your image and your message. But the stuffed soft toy is not a koala.'

'I comment never with malice, but this image made me mad, because she thinks that she is doing something for our planet with a stupid picture.'

To the left of the picture shows a koala and to the right, a sloth. Photo credit: Shutterstock