Police in Phoenix, arizona in the UNITED states have arrested a 22-year-old woman accused of having suffocated her three children. After the three killings, dro 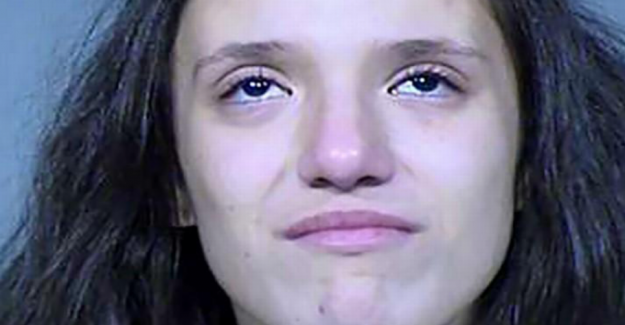 Police in Phoenix, arizona in the UNITED states have arrested a 22-year-old woman accused of having suffocated her three children. After the three killings, dropped the mother of the dead bodies in a sofa, so it looked as though the kids just took a nap.

Rachel Henry has confessed that she deliberately killed the children. The woman is, according to the news agency Reuters has been imprisoned.

The local police indicate that there are two girls on, respectively, seven months and a year, as well as a little son of three years.

the Tragedy is not diminished by the fact that the three-year-old son witnessed his mother killed his one-year-old little sister with his bare hands. The boy was aware that something was very wrong. For he asked the mother to stop and he struck her also.

Afterwards killed the little boy, while she sang for him, and while he unsuccessfully fought for his life. Then she gave the smallest child a bottle of milk, and then she also choked this child, informs Reuters.

A family member found the three dead children, who were placed in the couch, and he sounded the alarm.

Police have not yet disclosed a motive for the three killings. But the woman was known for taking hard drugs. Family members have indicated that she had acted strangely in the days leading up to the killings.