40 years ago, a landmark case ensures education for undocumented children

This week marks 40 years since a court case that impacted thousands of schoolchildren. 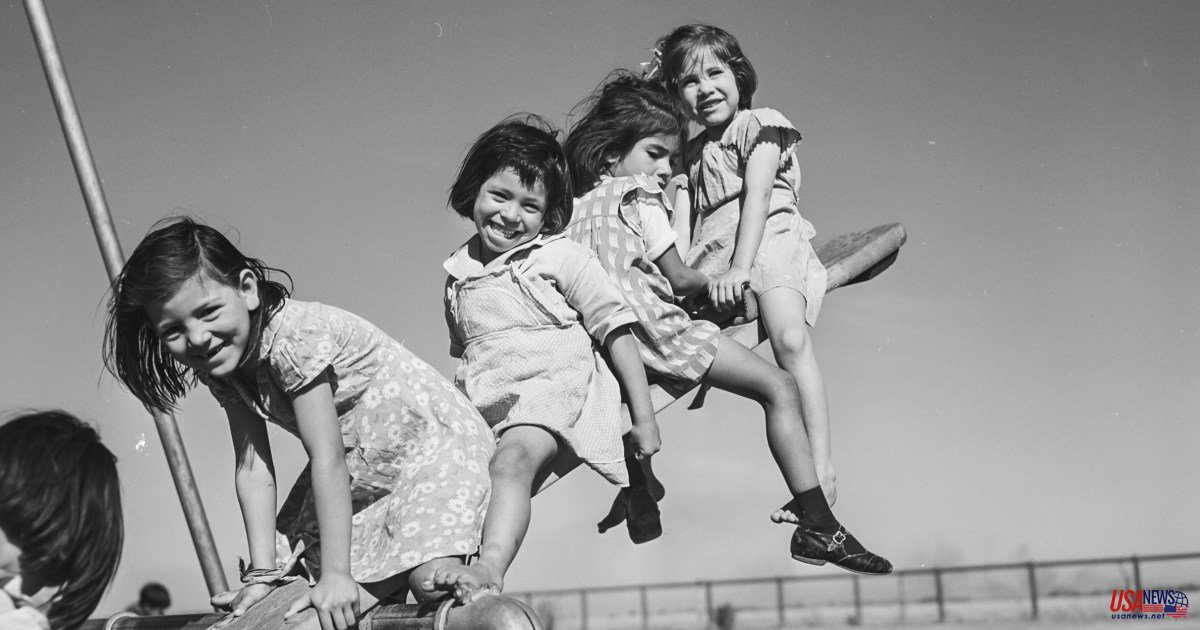 This week marks 40 years since a court case that impacted thousands of schoolchildren. It's a case that many Americans don't know much about.

Plyler v. Doe made sure that children who were not legally authorized to enter the U.S. could receive a basic education and live more productive lives. It allowed young immigrants to take part in legal efforts to secure legal pathways for children who had spent most of their lives in America, such as the DREAM Act or the Deferred Action for Childhood Arrivals program (also known as DACA).

Alfredo Lopez was an elementary student in Tyler, Texas in 1977 when his parents drove to Tyler earlier than usual to pick him up. American Public Media 2017: "All I remember is that they sent us home one day." "And they said that we couldn't return to school."

Texas passed a statute in 1975 that allowed local school districts to refuse enrollment to students who weren't legally permitted to enter the country. The Tyler Independent School District decided two years later to charge tuition annually for Lopez and other undocumented students. This was prohibitively high for undocumented families, at $1,000 per student.

Four families signed a lawsuit against Tyler School District, which was then led by Superintendent James Plyler. They were supported by MALDEF (Mexican American Legal Defense and Educational Fund). The judge granted the families the right to present their case using the pseudonym "Doe", but the parents were required openly to testify. This was dangerous. The Lopez family arrived at court packed with all their belongings because they were concerned about being deported.

Peter Roos, the former national director for education litigation at MALDEF, stated that "when these families came forward and challenged the law, there was a real risk that people could find their identities and harass them." To avoid media attention, the judge set the parents' testimony for 6 a.m.

1978: A federal judge ruled that Texas' law was not constitutional. An appeals court upheld this decision in 1980.

Peter Roos was part the 1981 team that argued Plyler before the Supreme Court. He recalled that the pressure was immense. I was confident in our case but felt that other states might pass Texas laws if we lost. The outcome could have a huge impact on millions of children, and that was a significant burden.

In June 1982, the high court sided with the Mexican American families (5-4). Justice William Brennan stated in the majority opinion that "by denying these children a fundamental education, we deny their ability to live within our civic institutions" and "foreclose any real possibility that they will contribute even the smallest amount to the advancement of our nation."

Texas could not deny access to K-12 public education to undocumented children, as the court found they were entitled to Equal Protection under Section Fourteenth Amendment.

Ironically, even the loser in this historic decision believed that the case had been decided correctly. Education Week spoke with James Plyler, former Tyler school district superintendent, about how he felt that the case had been lost in the Hispanic court case. His son had already married a Mexican woman and Plyler had Latino grandchildren.

Michael Olivas, a late legal scholar, wrote a book on the Plyler case. He considered it to be the most important decision in immigration law. Olivas stated in 2017 that "This case is the highest-water mark for immigrant right." It was bold and strategic. It's one thing to win, but winning is not enough. It must be fought for, defended, and re-conceptualized.

Others legal experts and educators agree that the Plyler case is still relevant and important today.

Roberto G. Gonzales from the University of Pennsylvania, professor of sociology, said that "Plyler established a solid foundation, a baseline of rights protections to undocumented youth." Its significance is in that it allows undocumented kids to integrate into the legal system of this country from Day One. They get an education and learn the culture and values of the country.

Gonzales pointed out that the Plyler case does have its limitations. Undocumented youth are at risk of uncertain futures because the decision only applied to students in the 12th grade. "As these children get older, they come into close contact with their limits of their senses of belonging." For example, undocumented youth from certain states are not eligible for tuition at in-state colleges. They can obtain drivers' licenses in some states; they are not allowed to do so in others.

Thomas A. Saenz is president and general counsel at MALDEF. He says that the Plyler decision "is well-established law."

Some states have tried to pass laws that limit undocumented children's education access. California voters approved Proposition 187 in 1994, which would have prohibited almost all state services for those without legal immigration status. Alabama's HB 56 was passed in 2011. This would have allowed officials to verify the immigration status of students. These two measures contained key provisions that were later repealed by the courts.

Recenty, Texas Governor Greg Abbott stated that he wanted to revisit the Plyler case and launch a challenge.

According to MALDEF's Saenz, such an effort is unlikely to succeed. He noted that Plyler, unlike Roe v. Wade, has been included into a federal statute.

"Abbott's comments during his reelection campaign really amounts to a dog-whistle for his base. Children are a source of great empathy for the public. Even Trump had to stop isolating families due to the outrage it caused," stated Saenz. "I don't think the governor wants all these children out of schools. It is just bad politics and bad policy.

Sonia Hernandez, an associate professor of history at Texas A&M University, said that it is important to see the Plyler case in a wider historical context. It is not something that many students have ever heard of, to be honest. A student who does not study Mexican American Studies or an ethnic studies program will likely not be taught this -- which is a sign of how urgent it is to continue to view history in an inclusive manner.

Hernandez stated that there is a rich history in Mexican American activism around education, which is not widely known outside academia. "Not knowing the details of cases such as Plyler is an indication of how restricted our public school curriculums."

Hernandez said, "The legacy and the future of Plyer should concern all." "The right of all citizens to receive basic education is an essential part of democracy."