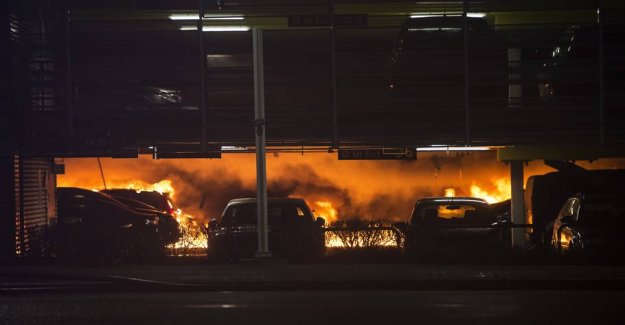 All air traffic to and from Stavanger in Norway is set for the rest of Tuesday because of a fire in the airport parking garage as the airport firefighters take care of.

This was stated by Avinor, which operates the Stavanger airport, on their website on Tuesday evening.

Parts of the p-house have collapsed after several hours in fire, and more than 300 cars are destroyed by the flames, writes several Norwegian media.

for a long time was the announcement that there was control over fire, but late Tuesday night police said on Twitter that the fire and røgudvklingen from the fire now is greatly reduced.

Passengers and other unauthorised persons have left the airport and been transported to the Stavanger city centre.

on Tuesday afternoon said police that several cars burned on the first floor of the parking garage, and that the flames since spread to the second floor.

the Police informs that the guests at the nearest hotel, Scandic Hotel, also have been evacuated.