2-year-old girl badly injured: Hit by the bottle thrown from the train

A two-year-old girl from Kamen, just outside of Dortmund in Germany has been seriously injured because she was hit by a whisky bottle, that was thrown out of a 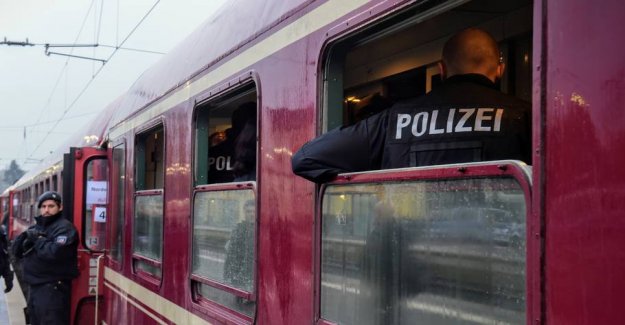 A two-year-old girl from Kamen, just outside of Dortmund in Germany has been seriously injured because she was hit by a whisky bottle, that was thrown out of a passing train.

The little girl went with her father up the stairs at the train station in Kamen on Friday, when she was hit in the head by the bottle. She was for several hours in serious danger to life, but got much better after a successful operation. The two-year-old girl is still hospitalized in an intensive department, but her condition is now of the doctors assessed as stable.

It writes several media outlets including Bild, Spiegel, and Mercury

The German media writes that it was about a so-called party-train that was driven from the German city of Cologne with approx. 500 people aboard the train. After the serious accident, the train was subsequently stopped in the town of Greven and searched by the ca. 100 police officers in connection with the investigation had questioned all of the passengers, and gained access to the passenger list of the travelers.

Police met strong in numbers up to investigate the matter about the whiskey bottle that was allegedly thrown out of a train. (Photo: Ritzau Scanpix)

the Police in connection with an intensive investigation charged a 31-year-old man for the offence.

the Party-the train was heading for the German island of Norderney. And returned against Köln were all of the passengers, according to police spokesman Dana Seketa again questioned by the police, who this time showed them a whisky bottle similar to the one that was thrown out of the train. It had been smashed in the accident. It gave the paw for the police, who subsequently found the 31-year-old man.

He has to the police explained that the whiskey-bottle of smoke out of the window, when he had to move a trunk in a train compartment.