2 More BlackBerry Smartphones Might Be Released This Year, TCL Says

Chinese company TCL, the current owner of the BlackBerry brand, just announced the BlackBerry KeyOne this week and it looks like two more phones are on the way.TCL Communications' Nicolas Zibell confirmed to CNET this past Saturday that they are planning... 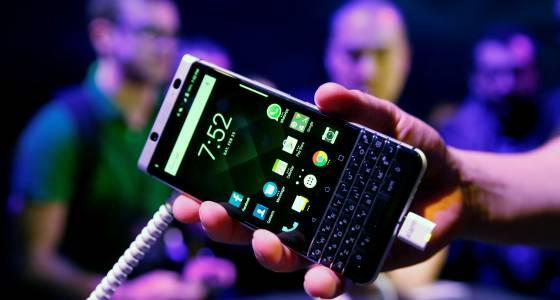 Chinese company TCL, the current owner of the BlackBerry brand, just announced the BlackBerry KeyOne this week and it looks like two more phones are on the way.

TCL Communications' Nicolas Zibell confirmed to CNET this past Saturday that they are planning to release a total of three BlackBerry smartphones for 2017. This is part of the company’s commitment to rebuild BlackBerry’s portfolio of Android handsets.

A source familiar with the matter said that one of these phones will have an all-touchscreen design that would be spiritual successors to last year’s DTEK50 and DTEK60. However, TCL might possibly drop the DTEK branding for this new device. As for the third new BlackBerry smartphone, no details about it have been provided just yet.

There’s also no indication whether these new handsets will be aimed toward the mid-range or premium markets. The DTEK line were mid-range devices that carried price tags between $300 and $500.

The devices might have been TCL’s response to the negative feedback to the premium $700 BlackBerry Priv from 2015. With the announcement of the BlackBerry KeyOne, it’s clear that TCL wants to continue using the signature physical QWERTY keyboard while also avoiding the same mistakes with the Priv.

BlackBerry isn’t the only brand that TCL currently owns. Back in 2015, the Chinese phone maker acquired the Palm name from Palm, Inc., the makers of the Palm Pre. Zibell also hinted that TCL has plans lined up for the Palm brand as well and told CNET that they should “stay tuned.”

TCL only owns the rights to use the Palm name, but Palm, Inc.’s proprietary mobile operating system, WebOS, is currently owned by LG. LG is using WebOS on its line of smart TVs and one of its smartwatches. It’s likely that TCL’s own Palm smartphone might run Android instead.