Two men killed at a house party in Woodlawn were the 100th and 101st homicide victims in Chicago so far this year, according to data maintained by the Chicago Tribune.Samantha Head got a call from her brother Samuel’s girlfriend about 1 a.m. Saturday. The... 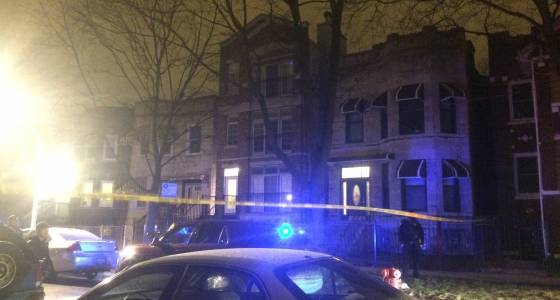 Two men killed at a house party in Woodlawn were the 100th and 101st homicide victims in Chicago so far this year, according to data maintained by the Chicago Tribune.

Samantha Head got a call from her brother Samuel’s girlfriend about 1 a.m. Saturday.

The woman was hysterical: “I got shot in the leg, and Sam is laid out,” Head recalled her saying.

Samuel Head, 38, his girlfriend, 29, and another man, 20, all were at a house party in the 6500 block of South Drexel Avenue when someone inside opened fire, shooting all three.

Head was shot in the chest. The other man was shot in the face and torso. Both were pronounced dead at the scene, inside the building where the party had been held. The woman was grazed in the thigh and taken to Northwestern Memorial Hospital.

The shooting brings this year's homicide toll approximately on par with the first two months of 2016. That year ended with more than 780 people killed across the city, the most violent in decades.

Head rushed to the crime scene from her home in suburban Alsip. She tried calling her brother’s girlfriend again. No answer.

“He didn’t bother nobody unless they bothered him first,” said Head of her brother. “He looked out for the young kids and the elderly … kind-hearted, just always mixed up with the wrong people.”

She was surprised he was even at a party, she said. He disliked crowds so much she used to call him “bubble boy.”

A few remaining partygoers stayed on Drexel Avenue after the attack, clustered in a small group farther south on on the street. Some of them screamed.

Head’s aunt, standing close to the police tape, kept her eyes on them. One of them knew who killed her nephew, she was convinced.

“A crowd of people saying ‘we were at the party, but we don’t know what happened at the party,’” said Head’s aunt, a tall woman in a fuchsia shirt who declined to give her name.

“(The shooter) could be walking around here somewhere, or on a bus,” she said. “It’s that street crap. You don’t tell, you don’t talk.”

Head’s family has lived in Woodlawn for decades, they said. His aunt and sister have since moved away, but Head along with his girlfriend and children stayed.

“I was lucky enough to get out,” his aunt said. “He chose to stay, and this is what happened.”

An hour after the shooting, someone nearby fired off a handful of gunshots -- close enough to send police from the crime scene to investigate a few blocks over.

About 3:55 a.m. Saturday, a 19-year-old woman was grazed by a bullet while she slept in the Montclare neighborhood on the Northwest Side. She was asleep on a couch in the 2900 block of North Sayre Avenue when someone opened fire outside and a bullet came into her home, police said. She was grazed in the calf and refused medical attention at the scene.

On Friday at 11:45 a.m., a 44-year-old man was shot in the South Deering neighborhood. He was approached by someone in the 10600 block of South Hoxie Avenue who fired shots, hitting him in the stomach and right side. The shooter left in a maroon van, and the man was taken to Advocate Christ Medical Center in serious condition.