Ontario Provincial Police have charged a youth with second-degree murder after a fire at a teenage group home in the Kawartha Lakes area killed one person.An autopsy was held Saturday and the deceased has been identified, but police said they were unable... 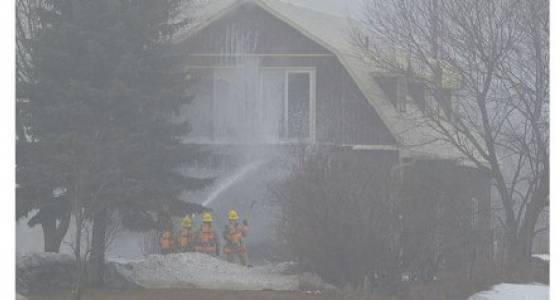 Ontario Provincial Police have charged a youth with second-degree murder after a fire at a teenage group home in the Kawartha Lakes area killed one person.

An autopsy was held Saturday and the deceased has been identified, but police said they were unable to release any details about the victim because they are obliged to protect the charged youth’s identity under the Youth Criminal Justice Act.

Police initially responded to a call for a disturbance at the youth facility, located at 725 Quaker Rd in Oakwood, at 4:30 p.m. on Friday. When they arrived, they found the building on fire and called in assistance from the local fire department and paramedics.

Two other individuals were also injured in the fire, according to police. There was no update on their condition Saturday.

The facility is run by Connor Homes, which operates multiple foster-care homes and other facilities for mental-health services across Ontario.

Andy Latham, mayor of Kawartha Lakes, thanked the emergency services for their efforts in a statement.

“I am deeply saddened by the tragic fire that has taken place,” Latham said. “Our thoughts and prayers are with the loved ones of those involved. I’m proud, as always, of the Kawartha Lakes Fire and Paramedic Services and the OPP for their valiant efforts tonight.”

The youth charged with second-degree murder is in police custody.

With files from the Canadian Press