In almost 20 years of attending classical music concerts in Boulder, and after 14 years of writing about these concerts in various forms for the Camera, this writer has never experienced anything quite like the scene at Macky Auditorium on Wednesday night.After... 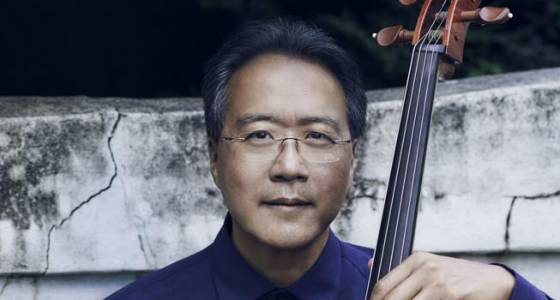 In almost 20 years of attending classical music concerts in Boulder, and after 14 years of writing about these concerts in various forms for the Camera, this writer has never experienced anything quite like the scene at Macky Auditorium on Wednesday night.

After it was announced almost a year ago that Yo-Yo Ma — often considered the world's greatest cellist and easily one of the most recognizable names among active classical performers — would headline the 80th anniversary season of the University of Colorado's Artist Series, it didn't take long for Macky to sell out completely, even with elevated ticket prices.

Many high-profile artists have failed to sell out the 2000-seat auditorium, a venue whose size is unusual for a city of Boulder's population. Something about Ma is different, and it's not that easy to define. Yes, his artistry is matchless, and yes, he is a tireless ambassador for both music and humanity, but everybody in attendance experienced it simultaneously when he walked onto the stage.

Before that, entry to the building was carefully controlled, resulting in the virtually unprecedented spectacle of multiple long lines forming outside the main doors. Even at that moment, it was clear that this would be a concert like no other. Once inside, what the crowd saw was a bare stage with a chair in the center.

Ma was presenting a solo concert with no pianist or other collaborators. Even chamber music or solo piano programs are often a dicey proposition in that hall, which is more suited for huge orchestras or opera productions. A single cello would seem dwarfed by those surroundings — but this cello was to be played by Yo-Yo Ma.

So came the moment. With his brilliant signature smile, the 61-year-old cellist, whose career now spans around four decades, walked out with his instrument — and the cheers were of a level not often heard even in the most enthusiastic standing ovation after a typical concert.

After amiable, ingratiating gestures to the crowd, he sat and played. The word "effortless" is sometimes overused to describe performance styles, but with Ma it is an understatement. On a solo cello recital, it was a given that the bulk of the program would be devoted to J.S. Bach's six suites, and indeed Ma played three of them.

The suites have been given in Boulder with some frequency in recent years, including a fine survey of all six by two distinguished Colorado Music Festival orchestral cellists in 2015. But Ma, who has obviously played the works innumerable times over the course of the years, presented the first, fifth and third suites with the seeming ease of an outfielder catching a routine fly ball.

Not that this in any way would describe a pedestrian performance. Quite the contrary, Ma obviously deeply feels this music, and it is apparent that it forms a part of his very soul. This was even evident in the way he connected the movements, with just the right amount of bow lift and perfectly timed pauses before resuming with the next dance-style piece in the suite. No emergency tuning here — each suite was a genuinely organic entity.

Ma prefaced each suite with a more contemporary piece. The opening number was by the beloved genre-crossing violinist Mark O'Connor. The "Appalachia Waltz" set the scene seamlessly for the first Bach suite.

The fifth suite was preceded by a hauntingly beautiful movement from the solo cello partita by 20th century Turkish composer Adnan Saygun. But by far the most substantial and impressive work performed by Ma, even more exciting than the Bach suites, was the 1955 solo cello sonata by revered American composer George Crumb — a composer with longstanding ties to Boulder and CU. This is one of his earliest works. With the third suite, it formed the second part of the program after intermission.

The Crumb piece, with its relentless pizzicato and breathtaking buildup, would be a tour de force for any cellist, but again, Ma dashed it off with joyous élan.

Following the final gigue of the third Bach suite, the crowd erupted with unrestrained and emotional jubilation. The cellist, still sporting the inimitable smile, came out for several curtain calls, leaving his instrument behind for a few of them. Just when it seemed there would be no encore, there was. After speaking briefly, he played the arrangement by his great predecessor Pablo Casals of the Catalan folk song "Song of the Birds."

And then it was over. Macky will return to its usual routine after the exit of this crowd and this artist, but it will probably be another decade or so before the hall experiences anything like this again.