Women in the United States plan to use International Women's Day on Wednesday to stay off the job and stage demonstrations across the country. The protests are an effort to seize on the momentum built from the massive marches held a day after President Donald... 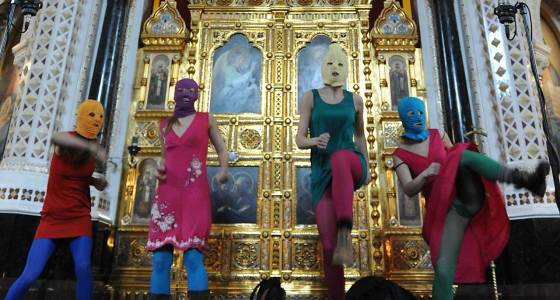 Women in the United States plan to use International Women's Day on Wednesday to stay off the job and stage demonstrations across the country. The protests are an effort to seize on the momentum built from the massive marches held a day after President Donald Trump's inauguration. Much as immigrants did on Feb. 16 to protest Trump's immigration policies, on "A Day Without a Woman," those who are able to do so will stay away from work or school.

If you're looking for ways to celebrate International Women's Day, you can't get more star-studded than the rally at Westlake.

Hosted by Councilmember Kshama Sawant and the Socialist Students, the Wednesday night event calls for better access to women's healthcare, the right to unionize, and economic and social equality.

Among the guests joining Kshama Sawant's Women's Day rally are Shaun King, an activist and senior justice writer with the New York Daily News, and Nikkita Oliver, a local activist associated with the #BlocktheBunker, Black Lives Matter and No Youth Jail movements and who just announced her plans to run against Ed Murray in Seattle's upcoming mayoral race.

Marchers wait to move toward downtown Seattle at the Women's March on Seattle, Saturday, Jan. 21, 2017.

Marchers wait to move toward downtown Seattle at the Women's March on Seattle, Saturday, Jan. 21, 2017.

The Seattle City Council tweeted about the addition of the Russian band Pussy Band on Wednesday morning. The group is playing a show at The Crocodile tonight.

The event begins at 6 p.m. in Westlake Park, where speakers hope to build on the historic Women's March and denounce Trump's "misogyny and bigotry." Speakers include those from NARAL, Black Lives Matter, and the Seattle Women's Commission.

Update: the band @pussyrrriot will appear at tonight's rally, too #IWD https://t.co/Myn3QmbtHr

Pussy Riot, a punk band that hails from Moscow, Russia, is best known for their protests against Vladimir Putin. Two band members, Nadezhda Tolokonnikova and Maria Alyokhina were arrested and charged with hooliganism in March 2012. A third member, Yekaterina Samutsevich, was arrested just days later. All three were sentenced to two years in prison, with Tolokonnikova and Alyokhina serving their full sentences. Samutsevich was released in October following an appeal.

Since their release, the band has continued to protest Putin's government and make music.

Sawant's rally was just one of the demonstrations happening on this year's International Women's Day. Organizers of the Women's March also called for women who were able to strike from work, support only locally owned businesses, and wear red.

Another Women's Day march scheduled for earlier in the day was cancelled. No reason was given.