Instead of celebrating the day her niece Genesis Xiong would have turned 3½, Mala Vue wept in court last week at the sentencing for the woman who played a role in the child’s death — Genesis’ own mother.“We will never know what... 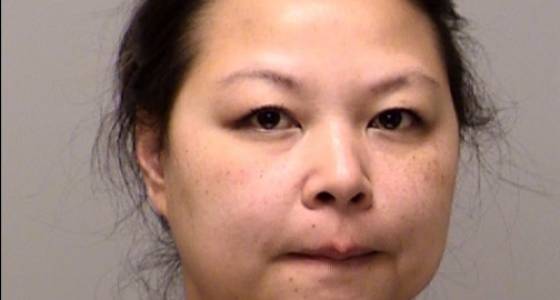 Instead of celebrating the day her niece Genesis Xiong would have turned 3½, Mala Vue wept in court last week at the sentencing for the woman who played a role in the child’s death — Genesis’ own mother.

“We will never know what greatness would come from [Genesis],” Vue told a Ramsey County district judge Thursday as Lia Pearson looked on silently. “And Lia took that from us.”

Pearson, 39, of Farmington was sentenced to more than three years in prison for ignoring repeated patterns of abuse that led to Genesis’ death in February 2015. Charges say Pearson left her daughter in the care of her boyfriend, Leb Meak of Maplewood, even though she knew he had physically harmed the child before. When police were called to Meak’s home, they found Genesis dead.

Meak pleaded guilty to killing the 17-month-old child, who had several blunt-force injuries, and was sentenced to 25 years in prison. Pearson was convicted of second-degree manslaughter and child endangerment in November.

“We are haunted by the thought of what we could have done differently to keep her safe,” she said.

Meak said at his plea hearing that he punched, squeezed and threw Genesis after she threw CDs off a shelf in the house he shared with his parents.

The girl had dozens of bruises across her body, a broken rib and extensive damage to her internal organs, according to courtroom testimony last year from Dr. Victor Froloff, an assistant Ramsey County medical examiner.

Froloff, who conducted the autopsy, testified that new and old injuries contributed to Genesis’ death. He said the child had so many bruises that he couldn’t count them.

Pearson began occasionally leaving her daughter with Meak in January 2015. Ramsey County attorneys said during her trial that Pearson ignored warnings from several people, including Meak’s two sons, that Meak was abusing her daughter.

“Day by day, I’m awake and all I can do is think about what happened,” Pearson told the court. “Every day, that’s my punishment.”

Haley Hansen is a University of Minnesota student on assignment for the Star Tribune.