RUSSELL TOWNSHIP, Ohio - Animal at Large, Hemlock Point: A woman reported on Feb. 16 that her reddish-brown turkey jumped the fence and is now lost. She said it was domesticated and may try to eat from residential bird feeders. She would like to be contacted... 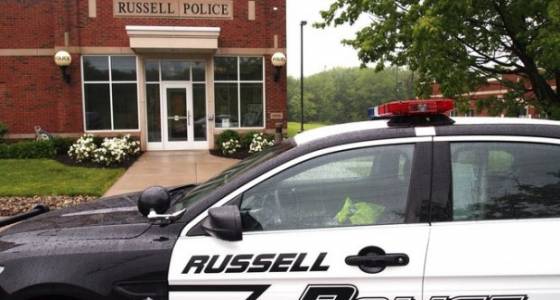 RUSSELL TOWNSHIP, Ohio - Animal at Large, Hemlock Point: A woman reported on Feb. 16 that her reddish-brown turkey jumped the fence and is now lost. She said it was domesticated and may try to eat from residential bird feeders. She would like to be contacted if anyone finds it in their yard.

Forgery, Fox Hollow Drive: A man reported 11 a.m. Feb. 17 that his wife forged checks from his business account and cashed them. The man had received a protection order Feb. 10. Police are investigating.

Suspicious, Hillbrook Circle: A package was delivered by Federal Express to a resident's front porch but was missing when he arrived home to pick it up. He reported the theft 9:41 a.m. Feb. 17.

Theft, Chillicothe Road: A business owner asked police to respond to a gas station 11:17 p.m. Feb. 19 in reference to a theft by an employee.

Mutual Aid, Kinsman Road: A worker at the Ramble Inn in Newbury asked for police presence 11:26 p.m. Feb. 17 after two intoxicated men wanted to drink after she had closed the business for the evening. The men would not leave and were hanging outside the building. The men left the area before police arrived.

Weapon Offense, Fairmount Road: After receiving a complaint of hearing numerous gunshots 11:26 p.m. Feb. 17, an officer was dispatched to the area of Chillicothe Road. The officer responded and sat in his cruiser to listen but did not hear any shots.