A woman charged with drug-induced homicide after her husband died of heroin and fentanyl intoxication last year is back in Kane County jail on new drug charges.Catherine Nicole Smith, 29, was charged with class 4 felony possession of a controlled substance,... 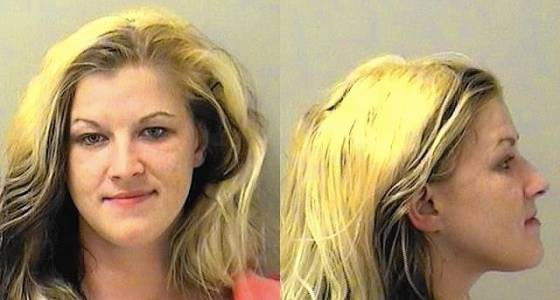 A woman charged with drug-induced homicide after her husband died of heroin and fentanyl intoxication last year is back in Kane County jail on new drug charges.

Catherine Nicole Smith, 29, was charged with class 4 felony possession of a controlled substance, along with unlawful possession of drug paraphernalia and driving while her license was suspended, both class A misdemeanors.

Charging documents filed in Kane County Circuit Court allege that on or about Feb. 5, Smith was in possession of less than 15 grams of a substance containing heroin. Smith is currently in custody at the Kane County adult justice center, where total bail for all charges has been set at $25,000, according to the jail's online detainee information.

Smith is next to appear at 9 a.m. Friday, March 3, before judge James C. Hallock in Courtroom 313 at the Kane County Judicial Center. Her attorney in both cases, Don Zuelke, did not immediately return a call Friday morning seeking comment.

On April 23, 2016, Smith and her husband, Richard Gregoire, took Smith's 9-year-old son to buy drugs, according to court documents. That afternoon, Kane County sheriff's deputies found Gregoire unconscious and not breathing in the family's home on the 46W500 block of Main Street in an unincorporated area of Kaneville Township. He was taken to Delnor Community Hospital in Geneva, where he was later pronounced dead.

When Gregoire overdosed, Smith and her son were there, Kane County Sheriff's spokesman Lt. Patrick Gengler said. So was another man who left before first responders got to the apartment, Gengler said. The Kane County State's Attorney's Office authorized single counts of drug-induced homicide, a class X felony, against Smith, 29, recently of Ottawa, and Aaron Moore, 28, of Chicago, who is accused of providing the drugs. Smith was also charged with causing a child to be endangered, a class A misdemeanor.

Moore and Smith, both arrested in October, were the 12th and 13th people charged with drug-induced homicide in Kane County, under a state law created in 1989 and expanded in 2002. A person who unlawfully delivers a controlled substance when any person's death is caused by the injection, inhalation, absorption, or ingestion of any amount of that substance, commits drug-induced homicide, a Class X felony, according to the law.

Although bail for Smith and Moore was initially set at $150,000, both were quickly released on personal recognizance bonds after hearings in October. Moore's next court date is March 17.

Smith has enrolled in a drug treatment program at least once since her arrest, according to a court order stating she was receiving inpatient treatment.